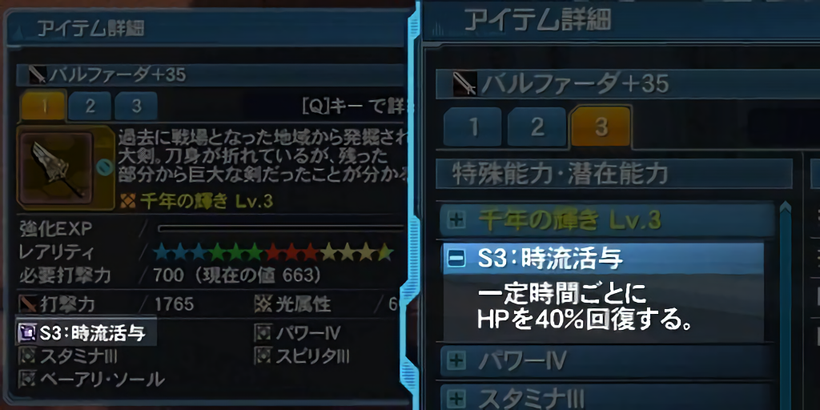 Weapons that support S-Class abilities have a purple border around the icon. 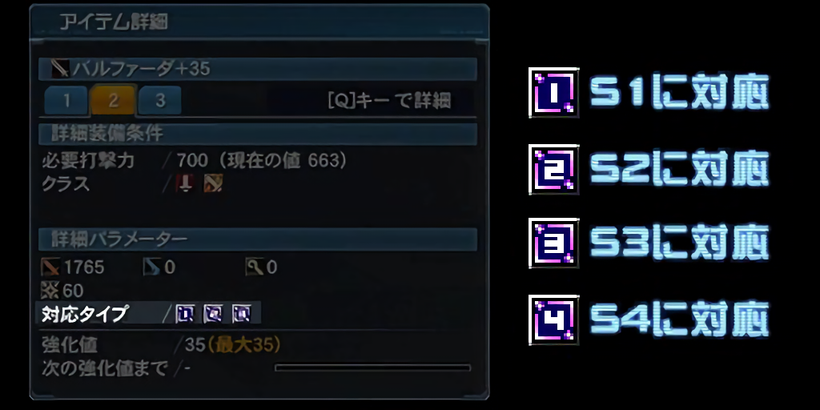 S-Class Abilities are classified into different types [S1] [S2] [S3] [S4] etc. It is not possible to put two or more of the same S-type ability onto a single weapon. For example, you can not put two [S1] types on the same weapon.

In addition, the weapon itself needs to have a slot that supports the [S#] type. For example, if a weapon does not support [S1] types, then you can not attach an [S1] ability. 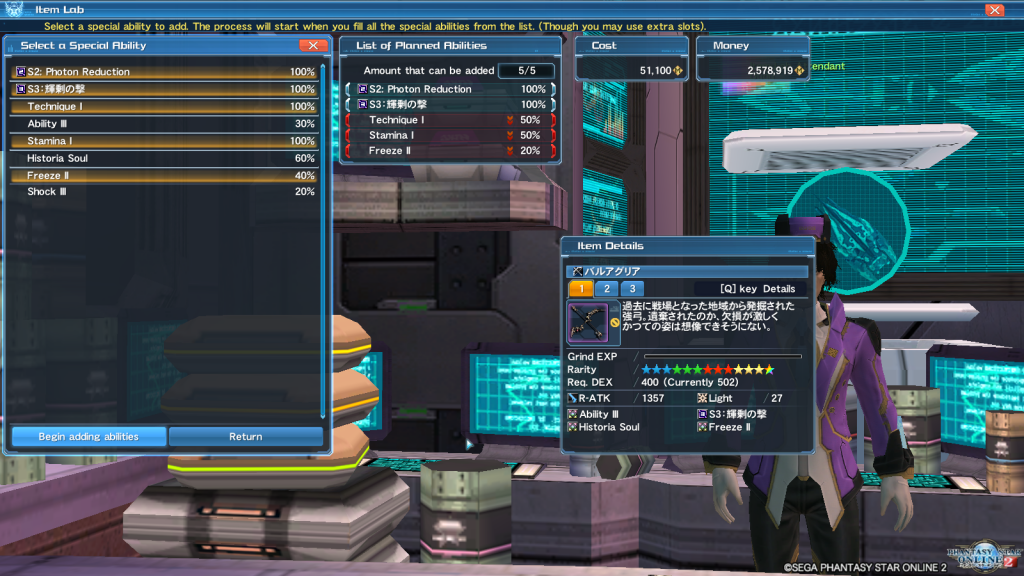 To affix an S-Class Ability, the ability must either be on the weapon or unlocked from a Special Ability Factor. S-Class Abilities will be affixed at 100% and will not be penalized when upslotting your weapon as you can see in the image above. This means you can move any of Atlas's S4 SAFs to any of the Atlas Weapons through Zieg's Conversion.

Example: You can acquire S4-Type Ability of Atlas Farder(Sword) on Atlas Weiss(Wired Lance) by doing the following:

Afterwards, you can continue reaffixing the S4 at 100% as long as you do not remove it from your Weapon. This can be done with any of the Weapon Types. 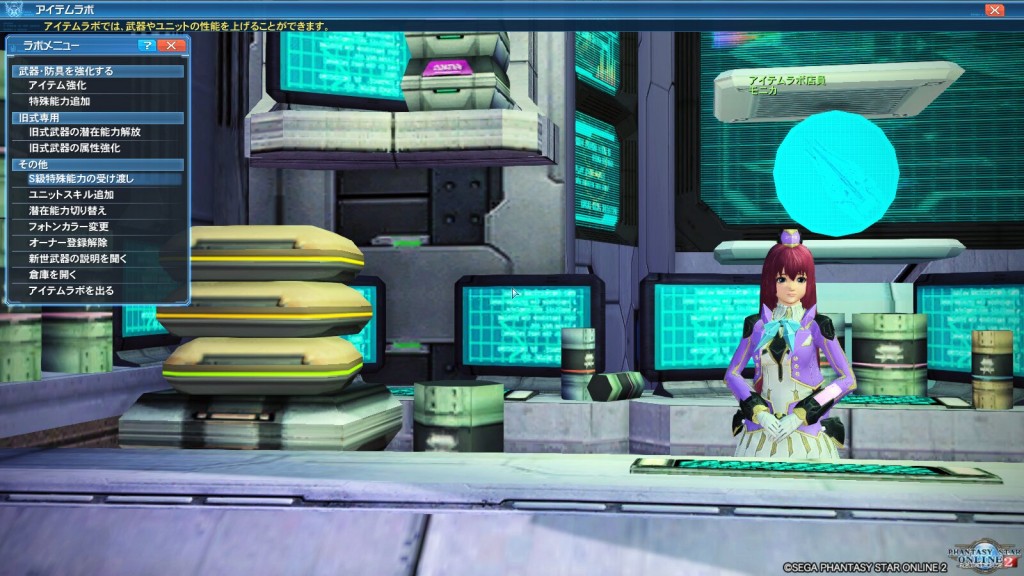 By selecting S級特殊能力の受け渡し (S-Class Special Ability Transfer) at the Item Lab, you'll be able to swap S-Class Abilities between your weapons. This allows you to create various combinations without disturbing the regular Special Abilities on your weapon. However, there are cases when you might lose your regular abilities, you'll be warned beforehand if this happens.

First, select the weapons to be assigned as [Weapon A] and [Weapon B]. When selecting [Weapon B], it must be a weapon that already has S-Class Abilities affixed onto it. 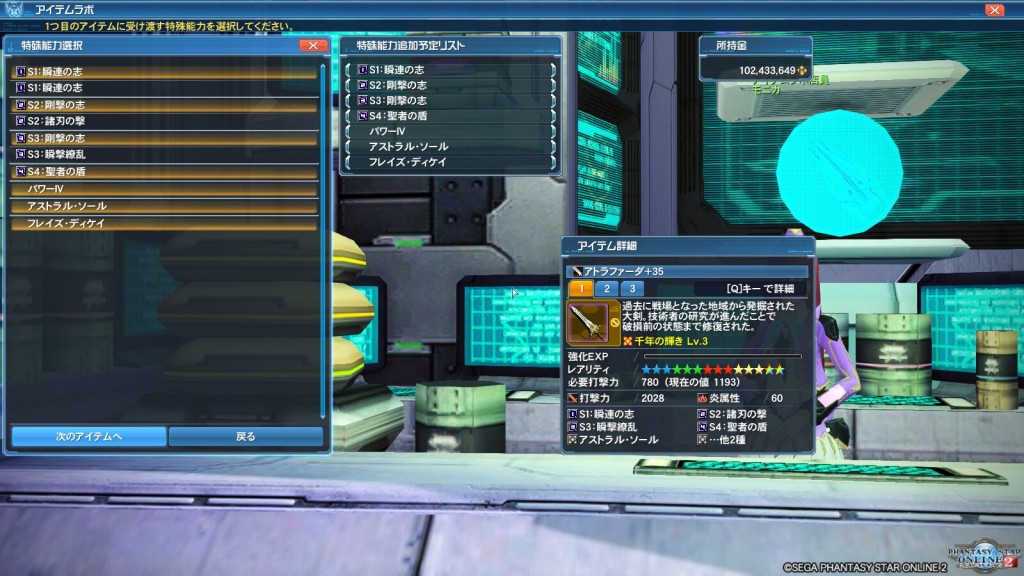 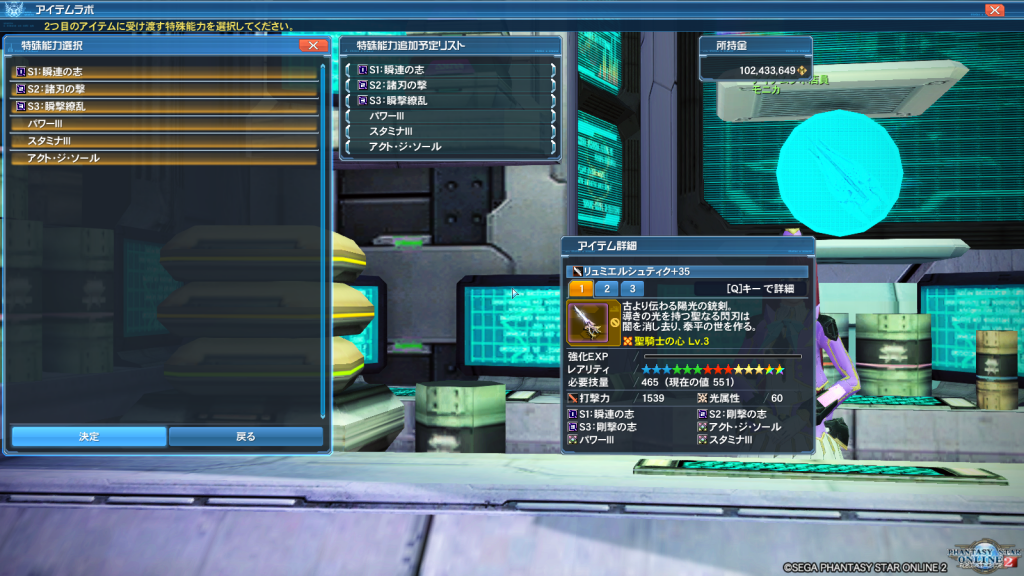 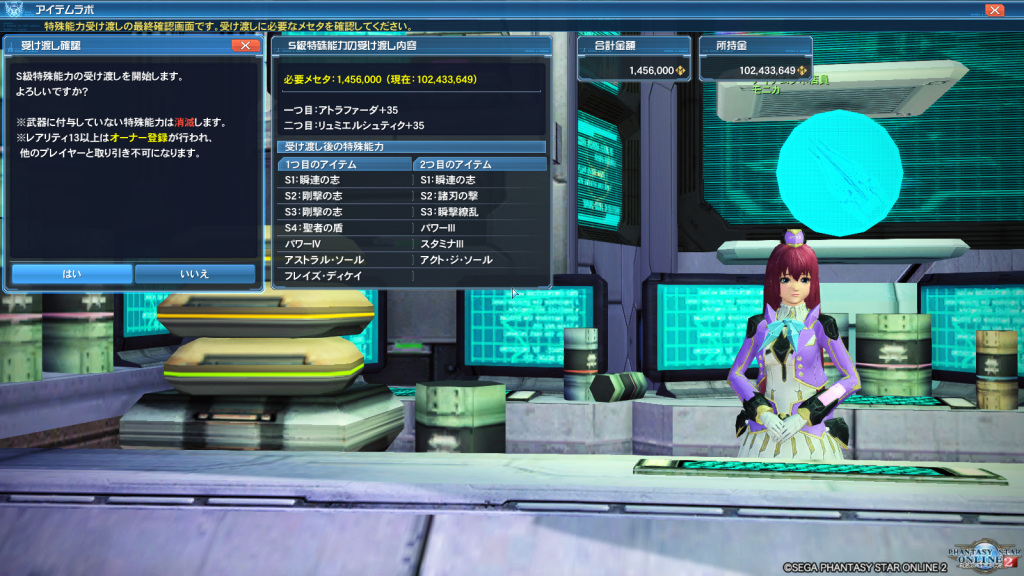 Once everything is selected, the window next to the confirmation screen will display the list of abilities that will be placed on [Weapon A] and [Weapon B]. The total price for this swap will be determined by the number of affix slots and the number of S-Class Abilities on a single weapon. In the example image, it'll determine the price based off [Weapon A] since it has the most Affix Slots and S-Class Abilities.

> Go to the S-Class Ability Database <