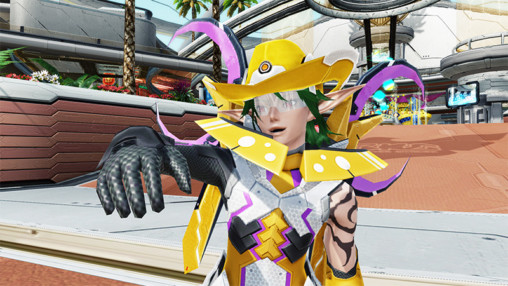 Musashi is the PSO2 character of Yutaka Sasaki, Seiga Academy’s student council secretary. His arrogant nature is in stark contrast to that of his timid creator.

※Musashi was introduced to PSO2 as a temporary NPC in an update on June 22nd, 2016.

※Musashi’s cosmetics are included with the Vol. 3 Blu-ray/DVD of the PSO2 anime.