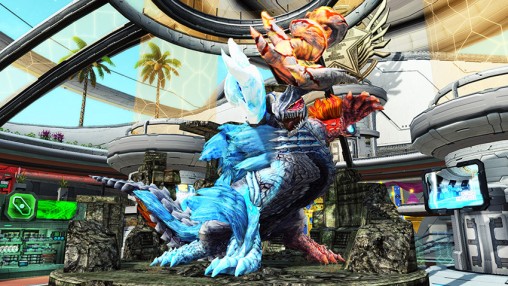 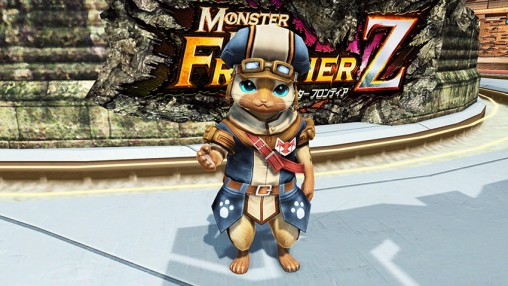 Monster Hunter Frontier Z is bringing outfits, hairstyles, accessories, lobby actions, and even its boss "Elzelion" to Phantasy Star Online 2. The collaboration launches this November with some special surprises such as an Elzelion statue appearing in the lobby along with a Palico NPC.

The collaboration will include outfits from the Elze and Azul armor sets. You can even dress up as the Monster Hunter mascot in the Palico Suit.

Other items from Monster Hunter include weapon camos, lobby actions, and even mag devices for Poogie and Palico.

The main feature for this collaboration is "Elzelion," an elder dragon with the power to manipulate fire and ice. This boss will appear in both its own Trigger Quest and various Free Fields. The quest clear logo from Monster Hunter will appear upon defeat. Afterwards, you'll be able to carve out the monster just like from the game.

Coinciding with its release will be a Web Interlocking Event. More details about this event will be revealed in the future.

17 thoughts to “Elzelion From Monster Hunter Is Appearing in PSO2!”