Good morning! Sakai updated his blog about the character creation demo. Compared to the fiasco yesterday I can take my time writing it today.

Seems like this is a good tool to use to recommend to people who don't know much about PSO2.

This demo is a little over 450MB. You will unzip the file then install the contents inside. (Look for a cute baby rappy icon). As shown above, this demo does not need an internet connection to play. When you start it up you can also change the settings similarly to the main game. 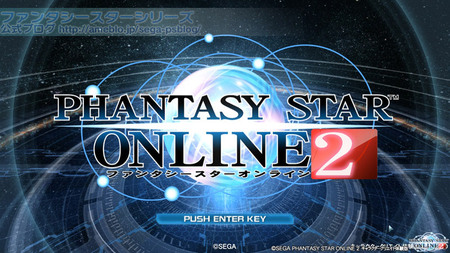 This is the title screen. 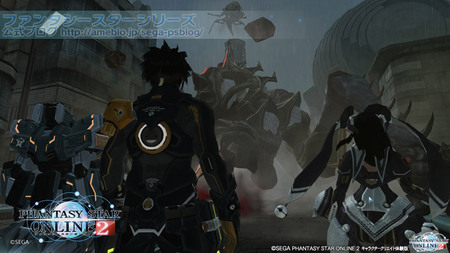 There's a demonstration where you'll see characters running around the city area, this city area will be introduced in the Closed Beta. They are the four characters who appear in the opening movie, Humar, Fonewearl, RAcast, and Hunewearl. 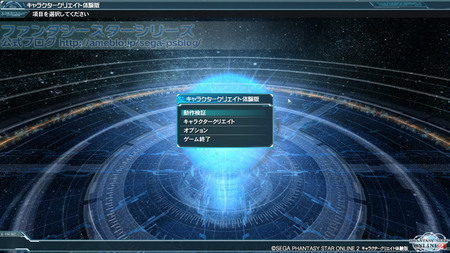 If you push the enter key you'll see this screen.

Though it is roughly the same as the Closed Beta, there are some differences. 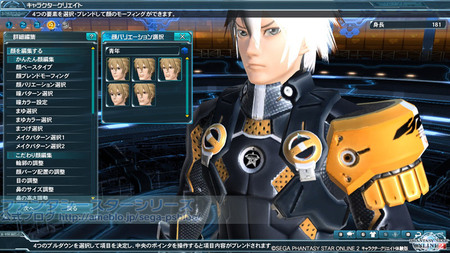 There are also some changes from Alpha Test 2 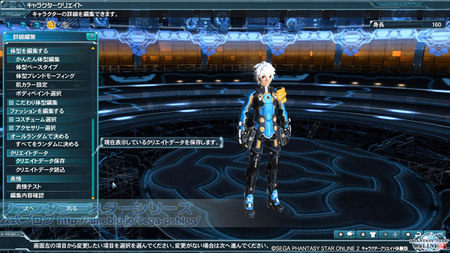 You can also save character data mid-way and load it. When you save your character data, it will be stored under MY DOCUMENTS\SEGA\PHANTASYSTARONLINE2. You can not save a file if there's already a file of the same name so just add a different name to the file. You can not choose the file for a character you are editing if it is a different  race/sex than the one you saved. Class data is not saved in this file either.

After you are done you can proceed to the benchmark test 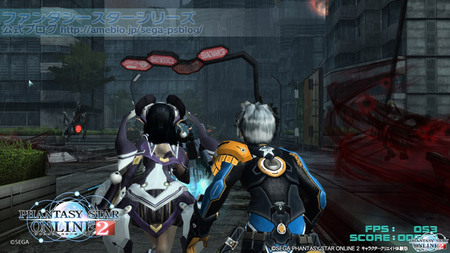 Instead of the default HUmar, your character is shown in his place. This allows you to see how your character looks like while in the game and see benchmark scores. 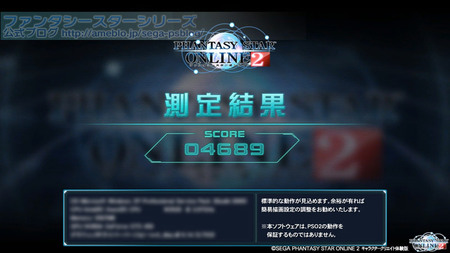 When you finish this demo, a score will be shown on the screen.

If your score is less than 2000, it is advised you change graphical settings so that there isn't so much of a load on your system.

2001 to 5000: Your game runs well in this setting, however if you are near the edge of this score, it's recommended you change some settings.

As with alpha test 2, you can show this demo to the public, there's no NDA obviously.

The character creation contest details will be revealed at a later time. Tomorrow he's going to discuss the new features in the Closed Beta test.