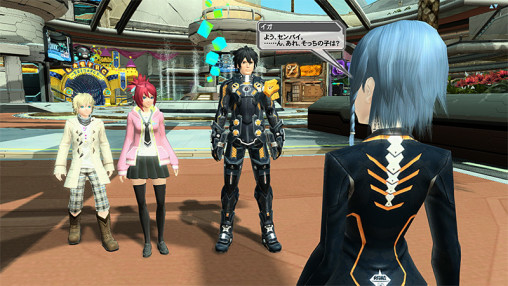 New story events follow Hitsugi and Al as they are introduced to Risa, Quna, and Io onboard the ARKS Ship. Their presence has aroused interest among the ARKS, who are eager to learn more about them. 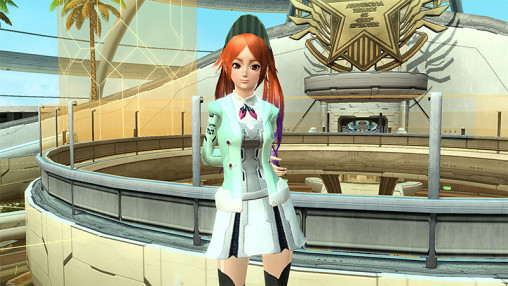 Quna will make her Episode 4 debut with a new civilian outfit. You can meet the newly dressed Quna in the Shopping Area of the lobby by selecting [EP4 Mode] from the character selection screen.

※It is required to clear Event Piece [042-D] on the Story Board.

Sega is hatching a new plan for the Easter Lobby this year. Go on an "Eatster" egg hunt in the Shopping Area and find all of the hidden eggs. The Rappy Ball, much larger than the normal ARKS Ball, will appear in the lobby during the event. Knock it around and feel the difference in movement. 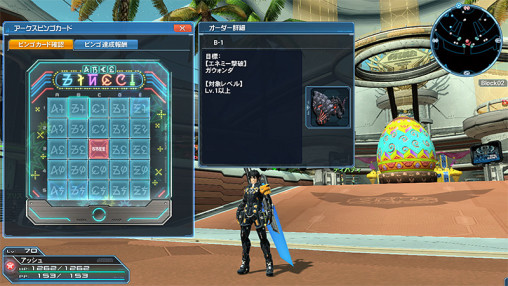 The Easter 2016 Bingo card is full of objectives geared towards defeating enemies found in the Easter EQ. Other tasks include clearing Featured Quests, participating in the Casino, and grinding equipment. 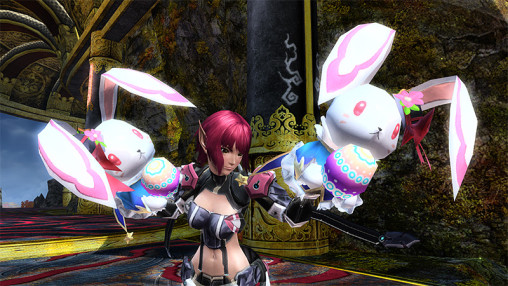 By clearing objectives on the front side, you can earn an Easter themed knuckles camo. On the more difficult reverse side is the [Evo. Device / Plumii].

The [Wild Easter 2016] Emergency Quest is putting a new spin on things. New to the quest are bosses like Dio Hunar, Gal Gryphon, and those from Ultimate Lillipa. The quest's drop system will be altered to work much like the Mining Base quests. Enemies will not drop items on the field as you play. You will instead receive them all at once by breaking a boss crystal that appears after clearing the quest.

Winners Design 3 [Side A] (AC Scratch)

The first half of the winning item designs from the Maximum Attack contest will be released in this scratch. Weapon camos, costumes, accessories, and room items galore!

Members of the ｢ARKS Promotion Squad｣ and ｢Dark Falz Girls｣ will be holding a 27-hour broadcast! Both groups will alternate during the stream, facing numerous trials related to PSO2. As they clear more and more of these trials, they'll begin unlocking wonderful prizes that may be distributed to all ARKS members.

Tune in this Saturday on Nico Nico as your cooperation is needed in clearing the trials!

Yet Another Secret Phrase

Say はいさようなら in chat to unlock 6 more voice tickets from the Visiphone! This campaign expires April 1st at 23:00 JST.

14 thoughts to “PSO2 JP: Hitsugi and Al's Journey Inside the Arks Ship”