Back from Vacation, the pics will be posted on the twitter account since it has nothing to do with Phantasy Star. Maybe one day they’ll invite people from this community.

So, Sakai is very sorry about what happened during the Feb 20th update. The equipment set effects weren’t really apart of the game balance changes, it was actually a bug.  This particular bug didn’t show up on their test servers, so they needed some time to verify and correct the problem.

As compensation for these bugs, if you logged in during Feb 20th through Feb 25th prior to maintenance, you will receive one (Rare Drop Boost + 250%), one (Grind Success + 20%) and six (Grind Risk Reduction (-1). It’s difficult to release a bug-free update, but they’ll try to improve their methods on discovering them beforehand. These items will be delivered to your storage box sometime in the future.

“Our Fighting” performed by Eri Kitamura
Composed by Hideaki Kobayashi

Speaking directly to the Japanese community, Sakai thinks that having a song written in Japanese would be more familiar to the ear compared to PSU and PSPo2’s themes. Under certain conditions, the Chrome Dragon will appear as an interrupt event on the Vita and Vita/PC shared blocks. Players who encountered him on those blocks can make it possible for him to appear on PC exclusive blocks as well. This could even spread to other players who have not yet met those conditions. 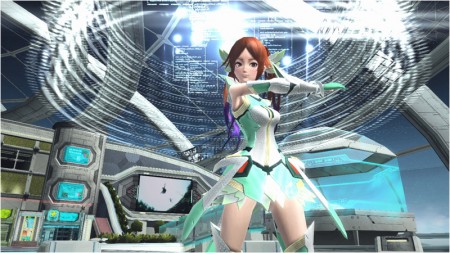 A new story quest will be arriving on each platform on February 28th, 2013.  The Vita version will first receive story quest Chapter 9 titled “The Beginning of the End.” It centers around Kuna and a “mysterious girl” who is pursuing “Hadred” the Chrome Dragon. Players on the PC version who completed Chapter 8, can immediately start Chapter 9 on the Vita version. 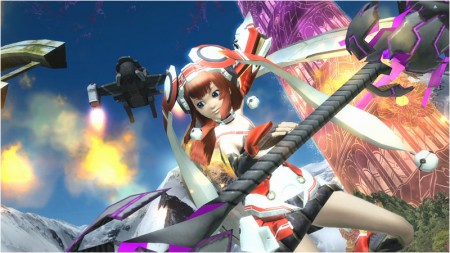 As for PC players, you’re getting a side story quest called “Arks Battle Tourney.” Depending on which NPC you choose, you’ll see some new developments unfold.

These quests will be released on both platforms in the future. The White Day Event begins from  March 6th, 2013 through March 27th. Shii will be back, handing out White Day client orders for a limited time. The Lovey Rappy will take center stage as the new rare enemy while dropping exclusive items. This time it’s the guys turn in the new Emergency Quest “White Day is Very Hectic!” In this quest, you’ll catapult through the sky, meet up with several male NPCs as you gather 314 White Day Points.

The Universe Star Collection scratch will be arriving March 6th, 2013. Everyone’s favorite  Phantasy Star Universe outfits can be worn by all races. 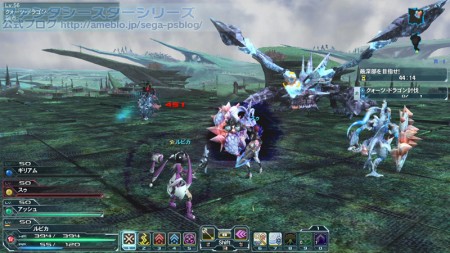 Tundra, Mines, and F. Continent Advance Quests will be released on March 13th, 2013. Expect to see new weapons drop from here too. 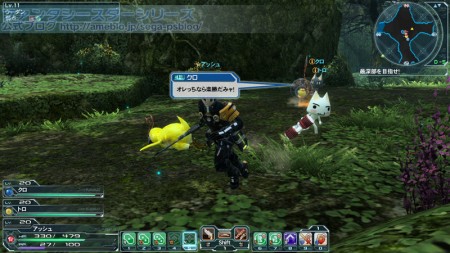 PSO2 Vita launches February 28th, 2013! Vita players will be able to see Toro and Kuro in the Arks Lobby. If you do their client orders and get their partner cards, you can bring them along in quests with you on the PC version as well.

This week’s maintenance has moved to Thursday, February 28th, 2013 @ 2:00 ~ 12:00 JST. After this maintenance, the Vita servers will go live and you can start your adventure.

PlayStation Vita players will be able to download the update early in the morning on the 28th, but you can begin downloading the game sometime around noon. Sakai will also be at Yodobashi Camera Shop Akiba in Akihabara  around 18:00 JST signing autographs. If you just so happen to be there, you’ll get a PSO2 clear foil for playing at one of the kiosks. Sakai plans to announce future game improvements by the end of this week. In the meantime, you can check out this new area which will be released in a future update.

Edit: Sorry for jumping the gun. Sakai didn’t specify what kind of area this is exactly. For now it’s only a hot springs area.

I’m thinking that it may be a team room design. When Agrajag found the icon in the datamining, he said that it wasn’t in the same section as the my room sceneries, plus there’s the team room expansion planned for late March.