Lots of information we’ve covered so far but here’s a recap. We will add more when available. 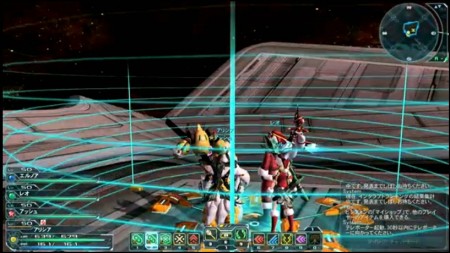 The show’s guests faced off against the first phase of Dark Falz; basically you are outside in space where four of his arms attacks you in various ways. They can grab you, pummel you, do laser attacks like a kamehameha, etc. During the entire battle, Dark Falz is in the background watching and shouting, and yes he does indeed talk. Players familiar with Phantasy Star music will get a kick out of the remix for this boss theme.

Unfortunately, Sakai’s team couldn’t do it alone so they had reinforcements sent in to finish the battle. 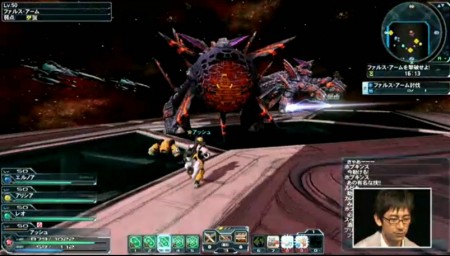 It seems natural that the weakpoint is at the back of the hand.

After the battle, we saw footage of the PlayStation Vita Opening Movie. It’s quite different from the PC version. The characters on the PSVita Special Package box art head to the tundra where they are ambushed by Falz Hunar. They make their escape by sliding down (snowboard-like) through the mountains.

Sorry you’ll just have to make do with grainy footage for now. 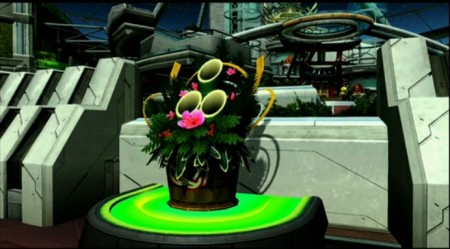 Lastly, we were treated for some screens of the New Years Lobby. 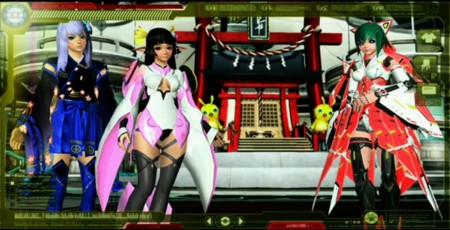 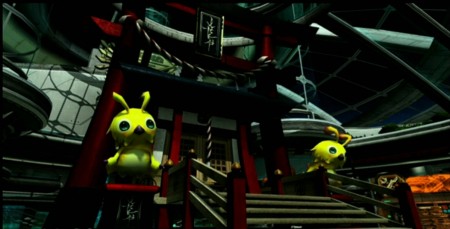