Our tale moves to the desertous Kingdom of Epic. What are the intentions of Epic's young ruler, Margareta? And what of the appearance of Apprentice's four divines?

Rebirth of Desire for Knowledge 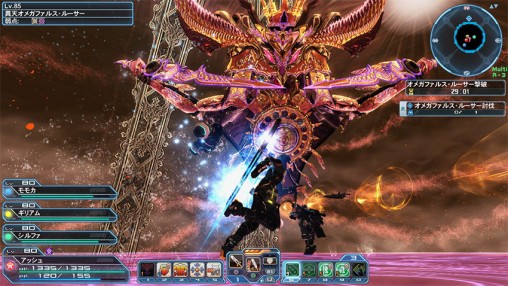 Challenge the [Altered God] Omega Falz, an even more powerful boss with enhanced strength and defense, with a party of up to 4 players. This rematch will be released as a Trigger Quest, requiring a main and subclass of level 80 to participate. The Quest Trigger can be obtained as a drop in the [Incarnation of Knowledge] Emergency Quest.

Winners Design Side B (AC Scratch)

The second half of the winning 5th Anniversary Item Contest entries arrive!