Explore a winter wonderland of snow and holiday decor with the return of the Christmas Lobby!

This year’s Merry Christmas on Ice spreads the yuletide’s cheer by boosting the EXP and Rare Drop Rate for everyone clothed in Christmas gear. The quest is stocked with Natives and Esca Darkers and even some prefixed bosses that spawned this year. 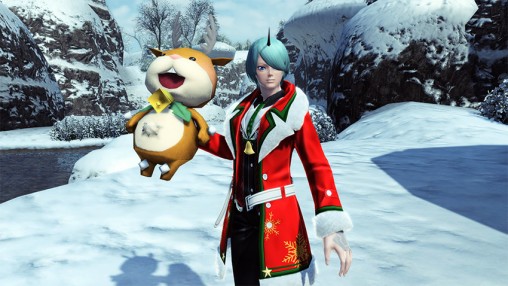 The Christmas 2017 Bingo centers around the seasonal Emergency Quest and client orders. Clear as many spaces as you can for rewards like the [＊Taktdeer ] weapon camo and [Evo. Device / Feather Carol]!

Twins Patty and Tiea are set to appear in the Gate Area for a limited time, merrily dressed for the holiday in Xmas attire. They’ve brought some gifts for players that complete their client orders, such as their partner cards and the [＊Carol Holiness ] weapon camo.

The Christmas season brings back the adorable albino St. Rappies, adorned in Santa hats and belled cloaks. The jolly St. Umblla, with his large white beard and candy cane staff, may also appear and drop weapon camos for the good little children who fulfill his trial.

All fifteen Fornis series weapons released so far will be redistributed as part of the Merry Christmas 2017 Collection! On top of that, a partisan and dual blades will join the series.

As usual, the collection will include Pets Eggs. This time, however, a new ★13 Spicy Parfait candy can be obtained through their collection sheets that enhances the effects of the Alter Ego skill. 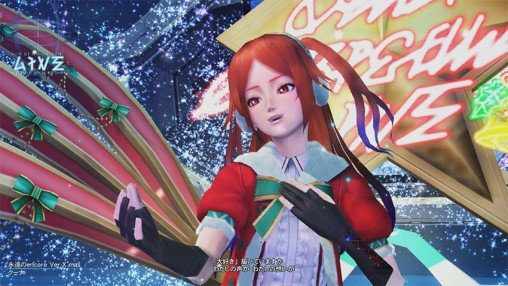 Quna hits the stage to perform a new Xmas rendition of “Eternal Encore!” 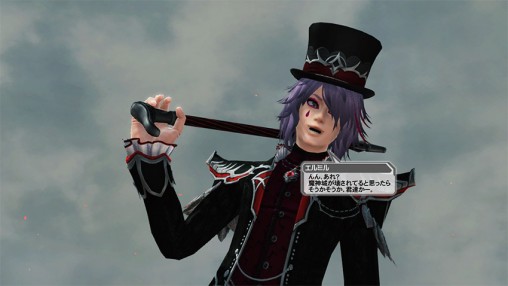 After vanquishing the Devil Castle, our Hero is confronted by Elmir once more. His cocky smile leads one to wonder what he has up his sleeve. 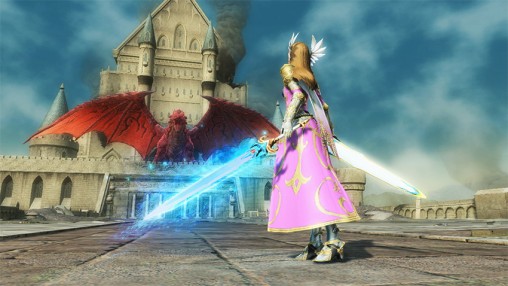 The evil red dragon, once sealed in Cuent, has suddenly been resurrected. In the absence of the Guardian, the “Sword Maiden” Alis stands forth against this hostile threat. 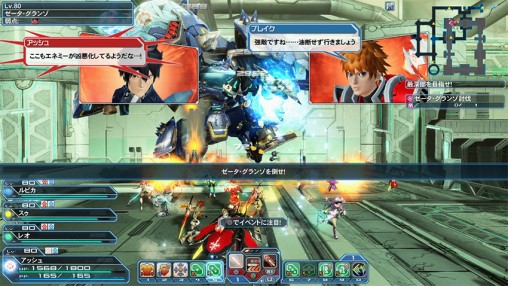 [Corruption Survey: Lillipa] is receiving some minor tweaks. The quest itself will contain a map consisting of two areas. Rather than collect points, you’ll be tasked with eliminating the final area’s boss.

This quest will also be featured in a new campaign, boosting the stamina of enemies, while adding special drops such as the ★14 Sword [Akatsuki] and ★12 Unit [Rear/ Weila Board] 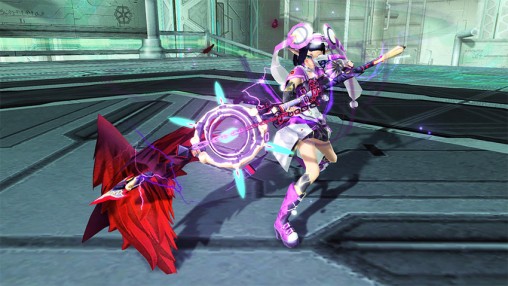 The [Slave-NT] series will be added into the quest’s drop table, with an increased drop rate during the campaign. These weapons will continue to appear even after the campaign is over. 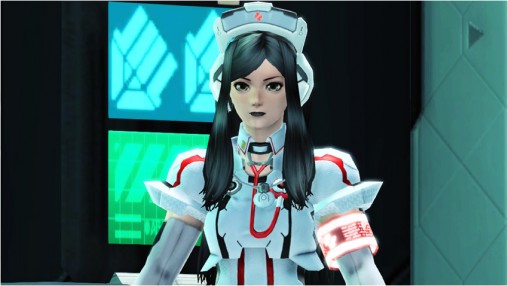 A major overhaul is in store for unlocking the Drink Menu. Clearing Afin’s [Uneasy Medical Center] client order will now unlock all of the drinks on the menu. This means, unfortunately, that Lola will tragically be dismissed from the ARKS Lobby. If you’d like to say farewell and receive her client order rewards, you’ll have until December 6th’s maintenance to obtain them. 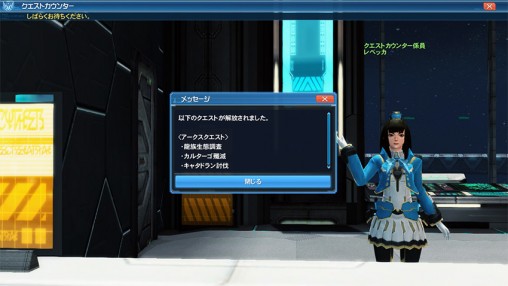 After obtaining the exploration license for an area, all of its ARKS Quests will be released together. In order to unlock a Free Field, Koffie’s client order requirements will be reduced to just a single quest.

The Ranking Terminal will display the rewards for your current rank. 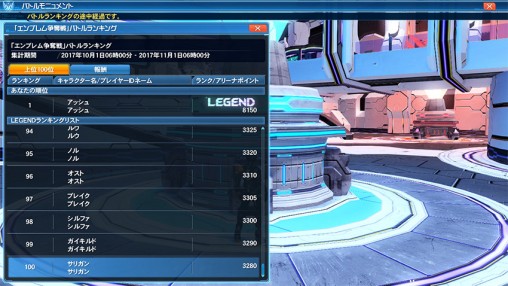 The Ranking Terminal will also display a list of the top 100 players. 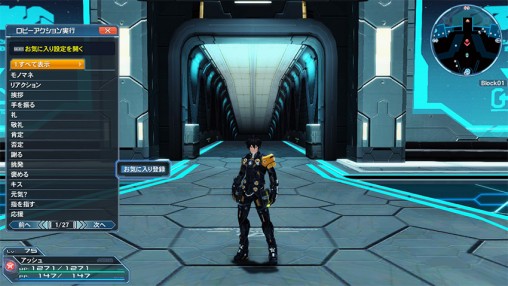 This new feature allows you to quickly access your favorite lobby actions. You can register up to 25 lobby actions, and even change the order in which they appear. 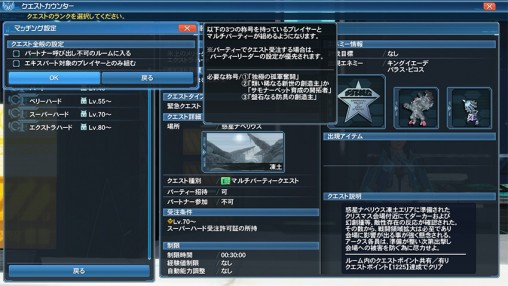 Even if [Expert Player Only Matching] is unticked, expert players will still be able to join up with parties with that setting. 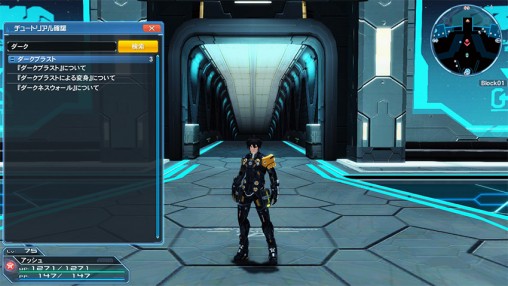 Enter a keyword through the Tutorial window to filter the list of subjects. 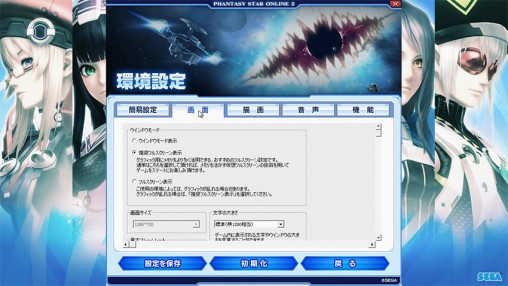 The launcher will receive a slight redesign that’s cleaner and easier to view. 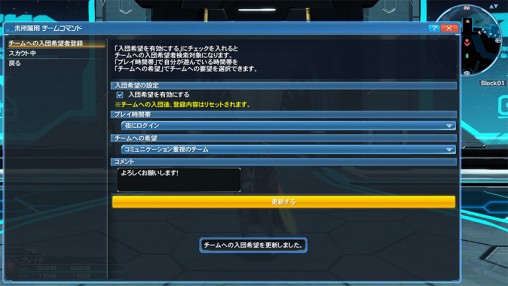 Players who are interested in Teams can now enter information, such as their usual play times and the type of team they hope to join. Teams can subsequently pull up a list of players who appear to be a good match for their team. 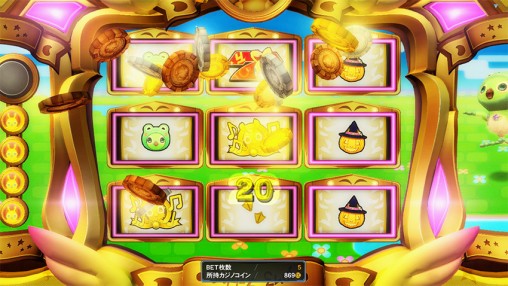 Team Members will have plenty of new opportunities to earn Team Points! These new methods will allow one to contribute points even while solo.

Now you can earn even more team points by clearing quests in a party.

You can still earn 30 points, even if you’re not partying with teammates!

Due to the above changes, an [All Skill Tree Reset Pass] will be distributed.

Deck your character out in the latest in chic Christmas costumes! Pietoro, Patty, Tiea, and Quna all have new holiday wear that can be yours.

Assemble the wardrobe of Mother Cluster apostles Aratron and Ophiel, as well her holiness, Mother!