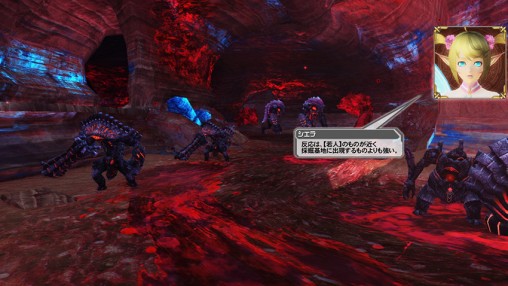 Spread beneath the Desert of Epic is a gigantic cavern where Omega Falz Apprentice lies. To assist in their efforts of defeating her, the ARKS release a special weapon… 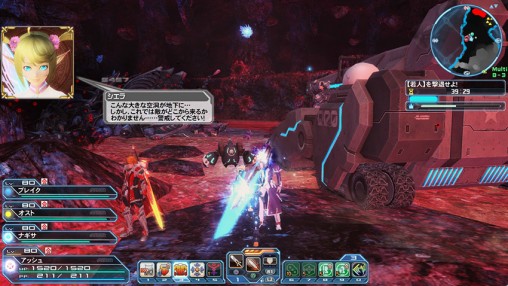 Hindering their progress are Darkers and Demons who have set their sights on destroying the Particle Cannon. This powerful moving vehicle requires Mana to operate, and once it runs out, the mission will fail. The vehicle also drains Mana while it's in motion, so it's imperative to seek out the crystals scattered across the cave to replenish the Mana.

The next phase of the battle takes place in the sky with everyone activating Dark Blast Loser. During this battle she'll unleash a variety of attacks, like gigantic shockwaves emanating from her claws. Avoid her laser beams and the deluge of projectiles and continue to pummel her with your attacks from the sky. 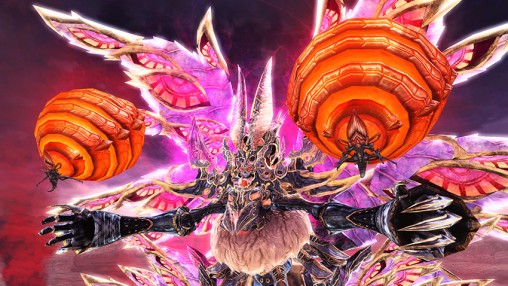 The Underground Nightmare is an 8 player Emergency Quest that can only be cleared once per ship. Those who wish to participate on XH, will require a Main and Sub class of level 80. 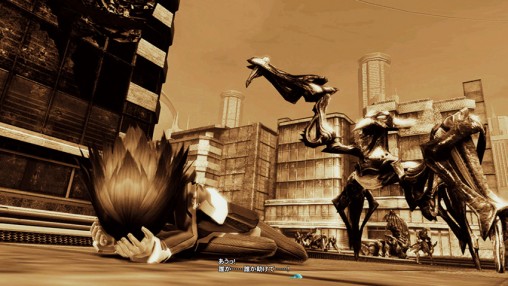 Learn details of Stratos' past, chortle at the ever entertaining adventures of Pietoro and his pets, and discover why Alma has summoned Maria to the Bridge, in a series of side stories.

Go camping in the mountains with your teammates with the [Mountain Stream Base] Team Room! Take in the soothing sounds of the flowing waters, the warmth of the roaring campfire, and the enticing aroma of a bountiful barbecue. 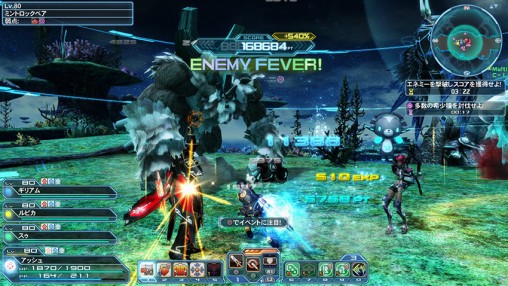 If you missed out on Sky Park Arkuma Land, it will be back for a limited time. Relive the festivities, from July 25th through August 1st!

The following Emergency Quest will appear at random.

Collect the garb of Margareta and the denizens of the Kingdom of Epic in a new AC Scratch! The outfits of Verun's deposed ruler and his brother will also appear, including Elmir's priestly Epic attire.

Some names will be shortened for the patch.