The Christmas Lobby and Christmas Event will be returning for the holidays! The lobby will appear until December 31st; while the event itself extends into the New Year ending on January 14. During that time, the St. Rappies will appear dropping holiday themed items like Christmas sleigh Jet Boots, and a sack full of bombs.

Get ready to clear the next round of objectives ranging from the Tundra to the Casino in the new Christmas 2014 Bingo. (Christmas) Xie will also be making an appearance handing out Client Orders and the [Trick Pigeons] Talis as a reward!

Merry Christmas on Ice 3 will appear for a limited time! This Emergency Quest can be played on Extra Hard difficulty, and will feature Naberius natives, Toy Darkers, and even some Kuronites. Head to the deepest area and complete the Cake Sisters' trial to purchase a present box or a Christmas themed cake. 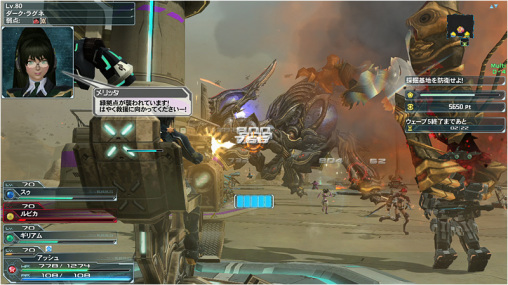 Extra Hard kicks off another round of quest from [Subdue Fang Banther] to the original [Mining Base Defense]. By playing on this difficulty, you'll have the chance to acquire new ★11 and ★12 items.

"Magatsu" is an evil god who was once sealed away on Planet Harukotan. Just when they were going to strengthen the seal, their adversaries, the Kuronites, launched an invasion! Let's all hurry on down together to prepare for the strengthening of the seal. 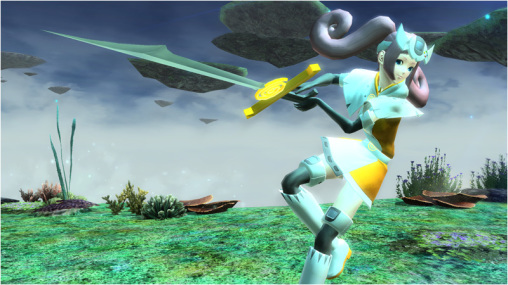 A Sega Hard Girls collaboration is present in this scratch, featuring a costume, weapon camo, and hairstyle based on the Dreamcast character. Speaking of presents, the scratch features Christmas themed outfits like the Half Santa Coat and Party Santa Dress. Otherwise you can rock out in the new Vivid Punkish and Cool Punkish costumes!