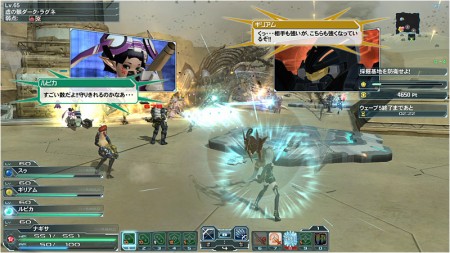 On December 18th 2013, PSO2 will release a highly difficult multi party emergency quest. The goal is to defend three large towers from an onslaught of Darkers. The Darkers will attack in various waves that become more intense as you progress onward. 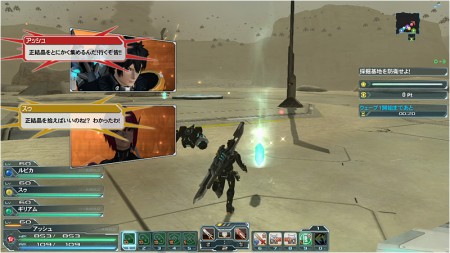 You can gain some points by picking up the energy crystals scattered across the field. 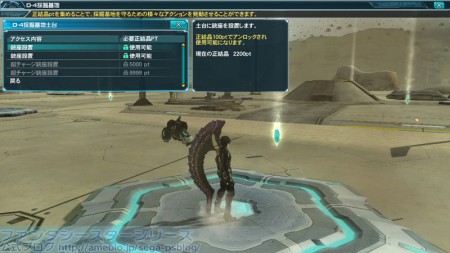 (EDIT) When you achieve a certain amount of points, you can unlock access to the “Burst Barrier” and “Photon Particle Chair.” Use these powerful weapons to change the tide of battle. 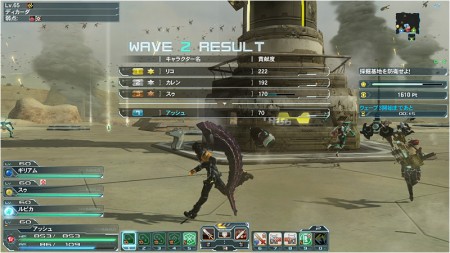 A results screen will appear at the end of each wave that ranks players based on how much they contributed towards the quest. Your score is based on several factors, such as the number of enemies defeated and the amount of crystals acquired. 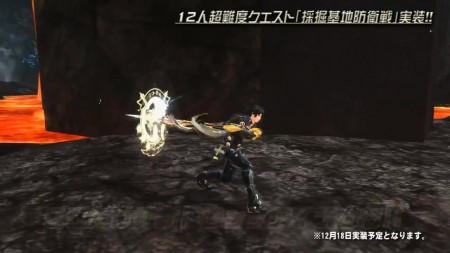 (UPD) Aside from bosses, enemies will not drop items on the spot. Instead, you can obtain a plethora of items from the container that appears at the end of the quest. Receiving a good clear evaluation gives you the chance to acquire some of the new rare drops like the ‘Sharp Cycler’ shown above.

As a little extra fun, based on your playstyle, you and your comrades will each achieve a “code name.” For example, some code names include “Base Watchman” or “Crystal Master” among other names. 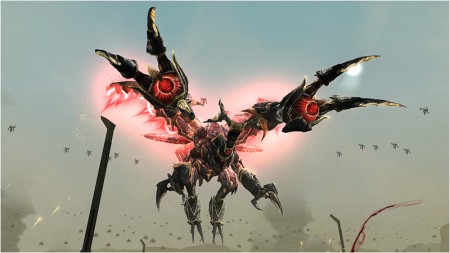 Dark Bibras is a huge bug-type Darker with large appendages and horns. The biggest threat towards the base are these bomb-type weapons that explode after certain amount of time. 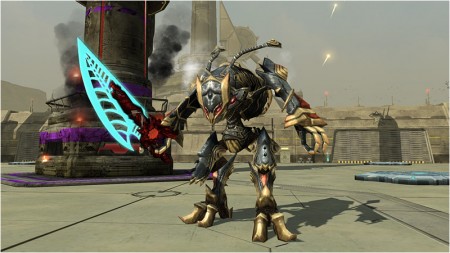 (UPD) Gordrahda is a bug-type Darker that has the ability to chew on players and create a weapon similar to the one its victim has equipped. (Not sure if it’s a direct copy, but it seems to be based on the weapon type. According to the scan, if it copies a striking weapon it could learn “Sonic Arrow,” but if it copies a range weapon, it could learn “Weak Bullet.”) 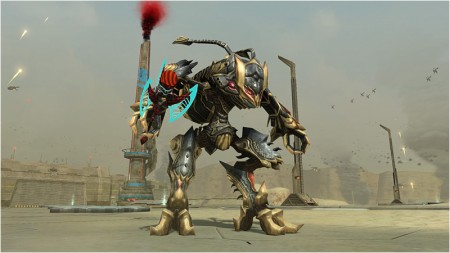 If you defeat them without destroying the core at the back of its head, it will explode dealing heavy damage. In addition, if any Goldrahda survive at the end of the wave, they will hurriedly rush towards a nearby player or base point and self destruct. 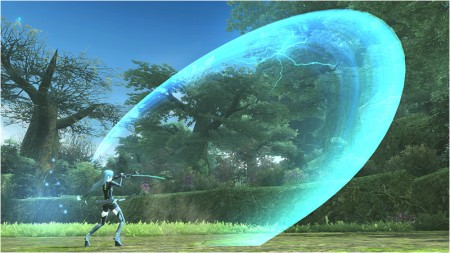 Dash forth and stab the enemy. When charged, it can perform three additional attacks through the arrow keys. 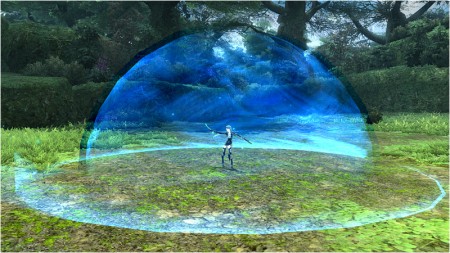 Performs a high-speed stun attack to the surrounding enemies. Though it isn’t very powerful, you can use this attack to stun a herd of enemies. 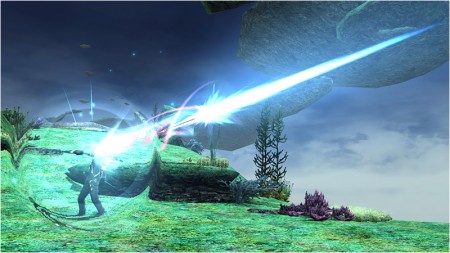 Has a special characteristic that shoots an orb of light. While it’s detonating, the damage dealt toward the enemy is recorded and applied during the explosion. 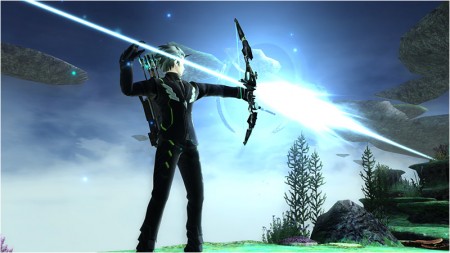 The user places themselves in danger as they’re immobilized while charging the attack. Once fired, it unleashes a quick and powerful attack. 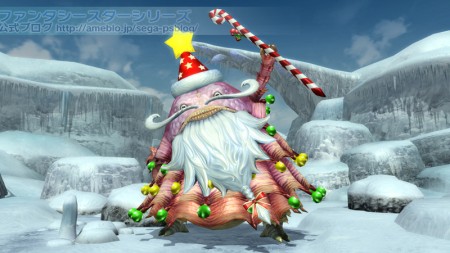 The Arks celebrates Christmas from December 11th through January 15th with a Christmas themed bingo card and emergency quest. During that time, Saint Mr. Umblla, and Saint Rappies will also appear across the fields. Christmas Xie will be handing out client orders, and if you clear them you’ll receive a lovely weapon camo as a reward. 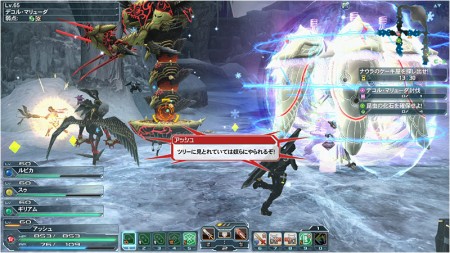 Merry Christmas on Ice has been updated with Bird Darkers and Christmas Trees. Head to the deepest area and aid the Naura Cake Sisters to purchase their wonderful Christmas Cake! 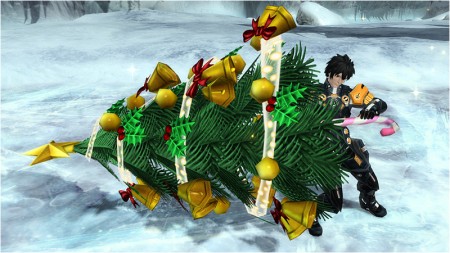 Deck the halls this year with new outfits such as the Reindeer Suit and the Sexy Santa Dress. 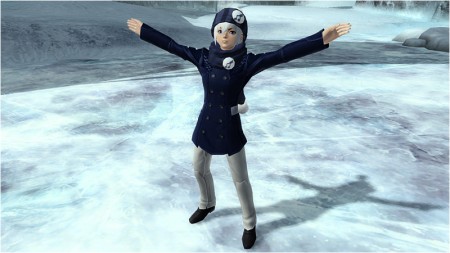 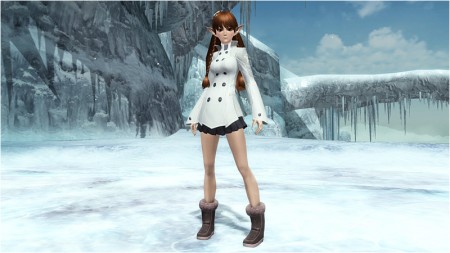 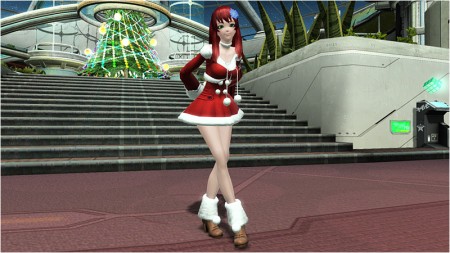 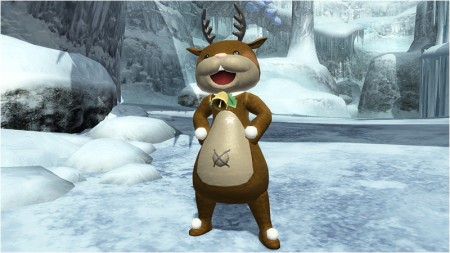 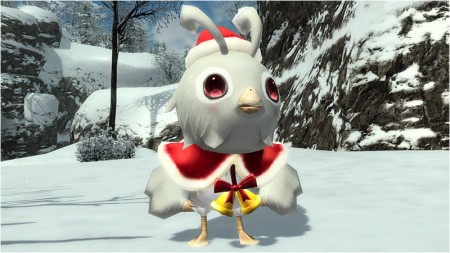 Other Changes on December 11th 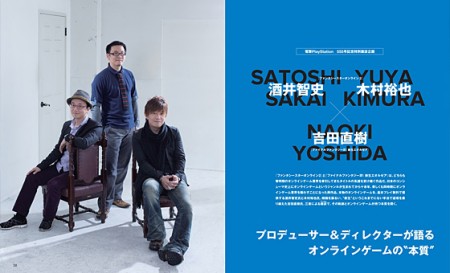 In Issue #555 of Dengeki Playstation, PSO2 Director Kimura and FFXIV Producer Yoshida discussed whether they’d like to start a collaboration project. Initially, Kimura expressed he was willing to try it, but had doubts whether Square Enix would go through with it.  Yoshida replied not to worry about it, he thinks it’s totally fine. Kimura felt that even if the producers OK’d it and they initiated talks, there might be many things that could be rejected. Yoshida responded that if they come straight to him…and if it happens, he’d seriously like to work on it. So in summary, it seems both producers are OK with having a collaboration, but whether or not this will really happen is still up in the air. [Source] 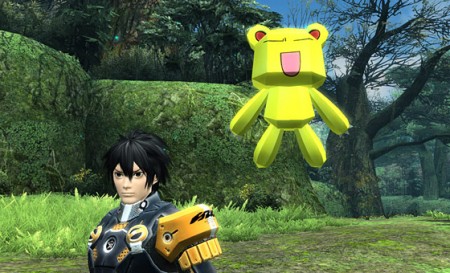 Also inside this issue are item codes for the Polytan Mag, a Tribooster, and a 555 FUN Ticket.