Sakai updated the blog early this morning. Let’s go through the setting of Phantasy Star Online 2! 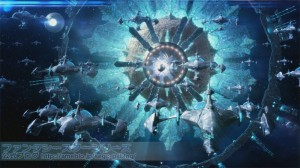 The Oracle, a fleet of ships that travel to many planets throughout the entire galaxy. The player is a member of the Arks, whose purpose is for search and discovery. From the Arks ship, the Camp ship takes off and travels to the planets. 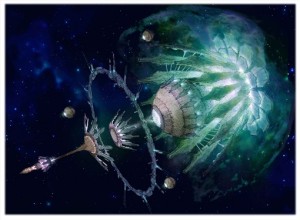 But now we get a glimpse of the Mother Ship. It’s incredibly large, the center globe area is around 500km, but the Arks do not live on this ship. 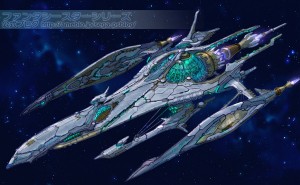 Instead players live on the Arks ship. This ship is around 70km. About 1million people live in the central dome of this ship. 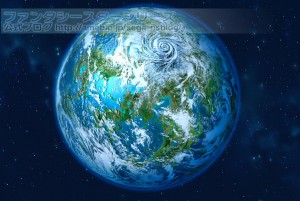 The first planet you saw in the Alpha Test version was Naberius. It’s a planet covered in natural beauty similar to Earth. This isn’t the only planet in Phantasy Star Online 2 since the Oracle fleet will travel across the galaxy.

You will encounter many creatures and monsters as you travel to different planets. Not only the creatures that reside on the planet naturally, but also the Darkers. The Arks are investigating these mysterious beings. They can appear anywhere, and their purpose are unknown. Yes, the Darker not only are hostile towards the Arks, but they may also be hostile towards all life. 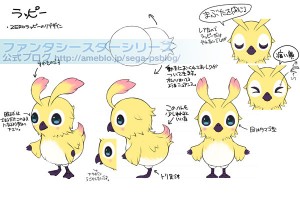 Ah, the rappy, the mascot for Phantasy Star. Like the Darkers, this Rappy can show up unexpectedly in random places. This rappy you may recall came from Phantasy Star ZERO, but the art designer felt it needed to be even more kawaii, so now the rappy is even cuter than before. But there are other subspecies of rappies, for example we learned the Nav Rappy ナヴ・ラッピー appeared on the Planet Naberius. What other Rappies will we see this time?