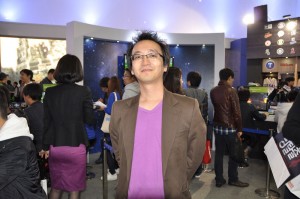 Some minor things happened this weekend, firstly Sega attended the G-Star 2011, a Korean Game Show, and showcased a localized Korean version of Phantasy Star Online 2. This version is based on the Tokyo Game Show 2011 version. The news article from Games Watch wrote that the Korean's interest for the game was pretty high and they had long waiting lines to the booth.

The article mentioned, "The game plans to officially start in Japan in 2012. It's undecided if the game will open in other areas including Korea." As we already know, the 2nd Alpha Test version will start early next year. As was brought up in the article, it looks like Sakai is aiming for 10,000 simultaneous connections (compared to 6,000 in the first alpha test.)

Sakai also plans to bring PSO2 to another event before the end of the year.

The Language of the Oracle

Shougai wrote up an interesting article deciphering the text around the lobby. The Arks utilize a custom font which corresponds to a letter in the alphabet. From this, the following text was found: 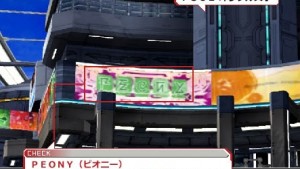 So this shall solidify the correct spelling of the "ARKS" as well as introduce "PEONY" into the PSO2 world. What is PEONY? We're not sure, but possibly it is for the makeup counter.

Today Sakai discusses information that was touched upon in the Media Briefing last July. They are the three revolutions of Phantasy Star Online 2. Not much new information though, sorry!

By making PSO2 a completely new game, he wants players to feel the sense of pleasure, surprise, and discovery of playing an online game in the same way as they did when they first started Phantasy Star Online all those years ago. They're aiming for the feeling of "adventure," a concept that seems to be lost in today's RPG. 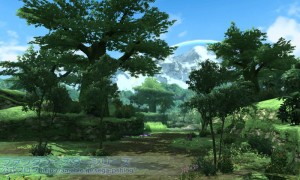 First, one of the new systems to incorporate this concept is the "Random Fields." Each time you play, it gives the sensation of a different area. Except for some typographical features at the goal of your quest, the route from start to finish and the enemy appearance is generated at random. 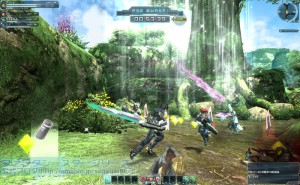 In addition, PSE (Photon Sensitive Effect) gives the player levels of various effects that include increasing your attacking power as you defeat enemies. At the final level of PSE, it becomes a PSE BURST. Large quantities of enemies may appear and the chances of getting a rare item increases. 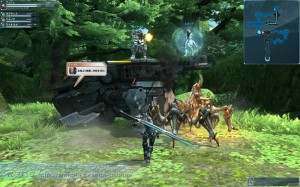 The Interrupt Event invokes sudden various things to occur during game play. For example, from relatively simple events like, "defeating a number of specific enemies" "gather keys to open a door" to, "protect an aircraft that crashed until its repairs are completed." Yes, even the difficulty can change based on the strength of enemies, and the location it occurs. 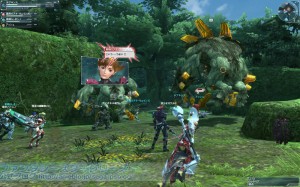 In the past games, you could have up to 6 players in the party, but Phantasy Star Online 2 incorporates a maximum of 4 people in a party. But now, you can actually meet other parties and have up to 12 players in a multi-party area. It has been misunderstood that you could only have 3 parties together, but in reality if 1 person is in each party, you can essentially have 12 parties playing together.

So we have Random Fields, Interrupt Events, Photon Sensitive Effect, and Multi-party Area, each system is complexly intertwined with each other that  changes the situations that occur.  As if it were a brilliant table-top RPG game-master, PSO2 allows you to enjoy a different adventure each time!

Ah a new PORORI image. (My friend explained this term means something that suddenly slips, like the Janet Jackson incident…) this time it is the concept art of the ウーダン Udan (Woodan) or however you want to spell it. It has various appearance patterns and actions. 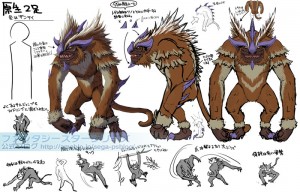 A monkey-like enemy from the planet Naberius. 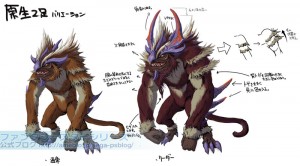 Mizuno, from the art team (who pretty much does all the concept art for the games) drew this box art for the new Plastic Modelling Kit Shino. Sakai takes out his own modelling kit and touches on some of the details this one has included: And look her skirt is painted this time! 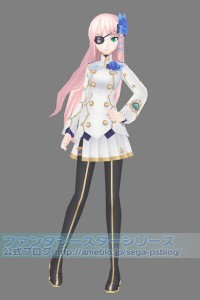 For Hatsune Miku Project Diva Extend,  in addition to this Nagisa Repca outfit for that game, Luka sings the Phantasy Star Portable 2 Infinity Theme Song on the pre-order bonus CD!