Today Sakai talked about the “World” of Phantasy Star Online 2. This is more of a conceptual post but it clears up some things. Here’s what I got so far. 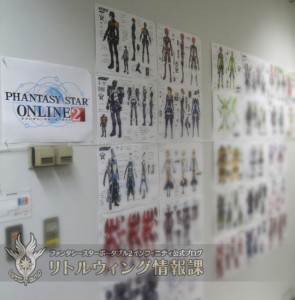 We said several times that this time the stage is not set in Ragol. However, in P-Spec we mentioned how there might be some connection to Ragol somewhere in the world. This “space fleet”? What is their purpose for traveling through space. The name of the ship, “Oracle” has a significant meaning. Pay attention to this. What about the “stars”, what about these “unknown planets” what could this be?

In addition, players are not “Hunters” nor “Guardians” nor “Little Wing”.  The text in the promo movie said  “The Arks” . (Please keep in mind this Arks is not related to the Arkz from PSO Episode 3)

The existence of this “enemy” that is hostile to players; This adventure that takes place in Infinite space, what awaits us here?

And within the promo movie, new costumes were drawn in PSO’s likeness. We aimed at having a new setting  coexisting with some PSO nostalgia. Now certainly there will be character creation. All the characters you saw in the screenshots were made in Character Creation. Because recent online games have you create characters even to the finest detail, we are working hard here too.

And the screenshots, it seems people were shocked when they saw it.  The impression gave off this “airy feeling” or “realistic” quality.  Even though many of our staff members weren’t from the PSO era, many of  the visual elements are different from Gurhal. The screenshots were to give off the impression of a new, PSO-like game. We wanted viewers to feel “adventure” and if you saw the promo video and you felt that, then our goal has succeeded.

As a reminder, we have said many times that what you’ve seen so far is only one part of the whole picture. There’s more information to be revealed in the future, and we can’t show what that is at the moment until it’s ready

PSO2 is on the PC platform, with that you can expect jam packed fun! I think now I can increase all of your expectations! Remember the deadline to submit your alpha test applications is coming up on May 20th, so get those entries in! 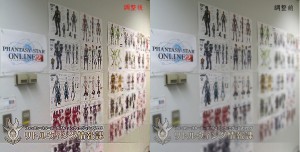