A long time ago, Sega announced an illustration contest where the winners would have their artwork shown in the lobby for Phantasy Star Portable 2 Infinity. Now with these 10 exceptional artists chosen, all we have to do is wait for the Playstation Network to come  back up to see them.  Also, as for the lack of updates last week, it was Golden Week in Japan, although it appears Sakai was still working.

Phantasy Star Portable 2 i by Jet 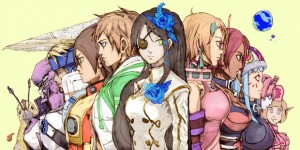 It reminds you of the original cover art for the PSO soundtrack. However the Rappy and the Nurse are facing towards you. [+]

Nagisa vs Hyuga by Tsukitsuba 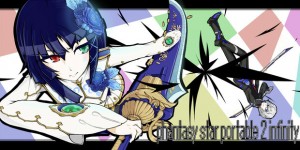 A slightly stylized image featuring the confrontation of two individuals. [+] They drew all the rappies from PSO. Both their love and cuteness are infinite. [+]

Duo of Friends by Kimura This artwork is about Emilia and Lumia's friendship, wondeing whether they are good or bad friends. Of note, Lumia's expression is slightly annoyed. [+] Shizuru is wearing a Kimono with Yaoroz amongst a fiery background. This image gives off a slight Japanese-like atmosphere. [+]

Welcome to Little Wing by Keko 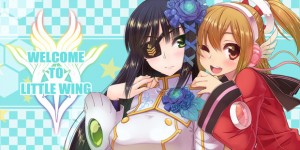 This is a picture of  Emilia having an innocent smile and Nagisa looking slightly embarrassed. [+]

To Depend on Infinite Bonds by Tomi 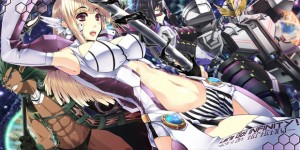 My personal favorite. Perhaps it is an image of the artist's character with their friends' characters. Each character pictured shows off their own personality. [+] Each Cast is drawn like a bust statue.  These are the highly popular Casts within Phantasy Star. [+] 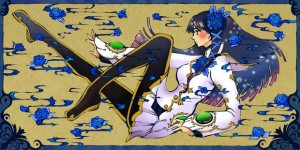 Like a painting on a folding screen, Nagisa is drawn within a unique atmosphere. [+] 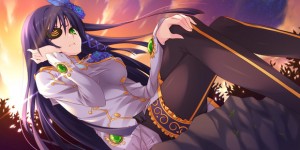 It could be an image of Chapter 4 Act 2 where Nagisa sits in the sunset. [+]

Oh you wanted Sakai to talk about Phantasy Star Online 2's  promo video two weeks ago? Well why don't you come back tomorrow…