To commemorate winning the "Grand Prix" prize in the WebMoney Awards, Sega will distribute the following presents!

These can be picked up at the visiphone after February 5th's maintenance.

In addition, the following boosts will apply from February 1st @ 0:00 until February 5th's maintenance.

These boosts apply in addition to the regular boost event shown below. 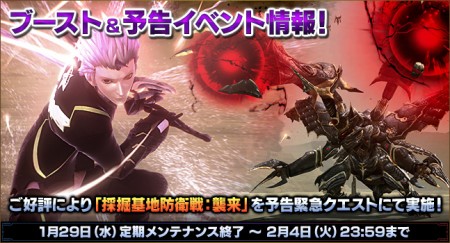 Receive a decorative gift box and cup in time for Valentine's Day by completing these client orders!

This week's maintenance is going to be slightly longer than usual.

(Since our class schedule conflicts with writing the recap of the Live Broadcast, parts of the recap information will be delayed. We'll place the "incomplete" tag and catch up on what we missed at a later time.)

Stuff Coming up in the Future: