Five stages are laid out before you, each divided into two paths. One path leads to more points for better rewards, while the other focuses on recovering lives. Make your choice! 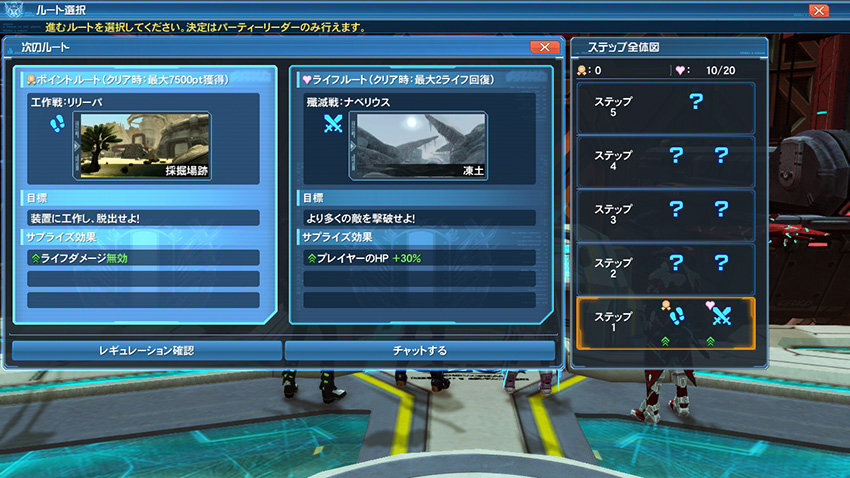 Divide Quests support up to 8 players. These quests consist of 5 stages, wherein players can choose a route that focuses either on earning points or recovering lives. Pick the route within each stage that's best suited for your party's current situation. 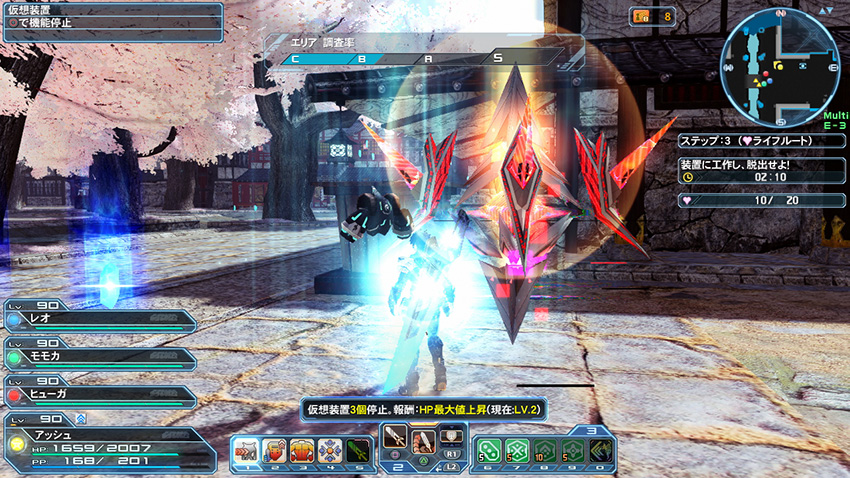 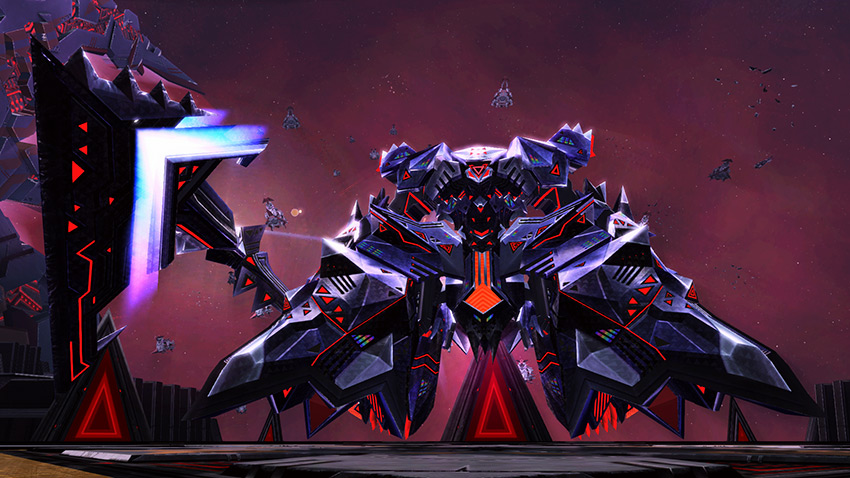 Grav Execour, the gravity altering Luminmech makes its debut on Stage 5. It utilizes two forms, switching between an offensive mode with high agility, and a defensive mode.

New ★15 Weapons such as Megalis Series can drop from the Divide Quest. You may also find some new ★13 Units that resemble old ★11 Units. 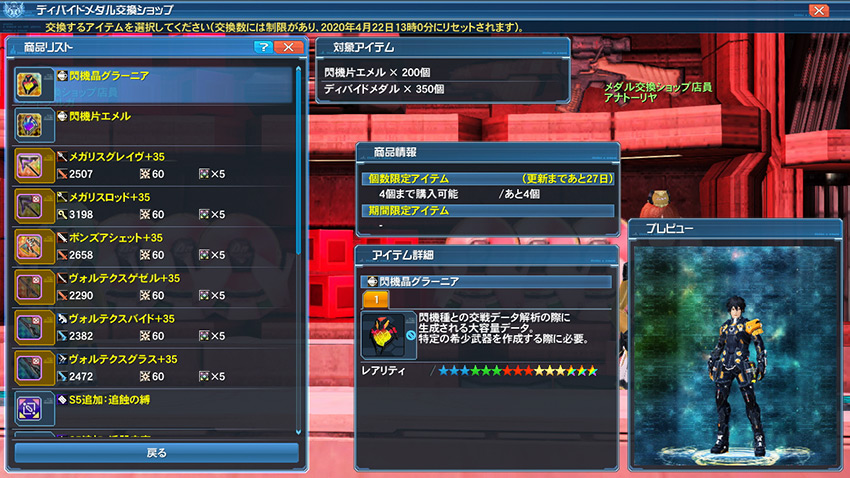 Divide Medals can be earned as a drop through playing Divide Quests. Spending these medals through the Divide Medal Exchange Shop will net you +35 Megalis, Vortex, and Pons Hachette weapons. There are other goodies as well, such as S-Class Abilities, Ultimate Boosters, Gold Prize Medals, Cobalt Medals, etc. 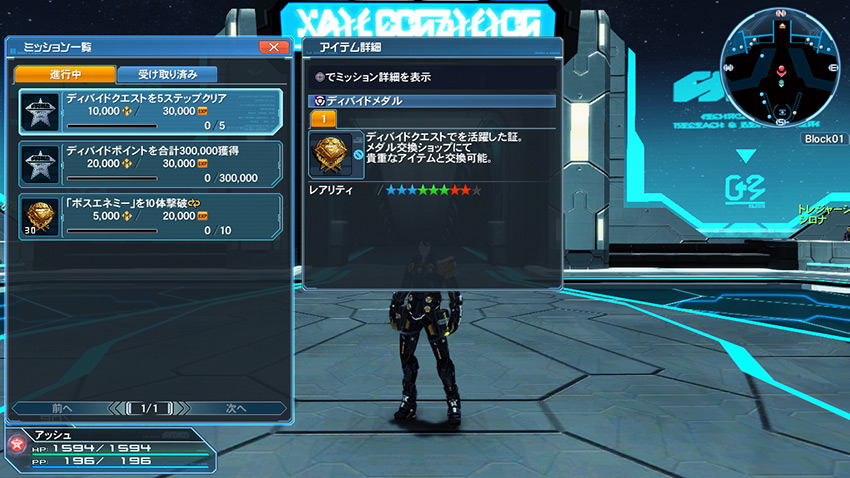 Limited-Time ARKS Missions will also be available for Divide Quest with rewards such as Divide Medals.

The ★15 Puras weapon series and its successor series, Stil, have been added to Zieg's lineup. Puras weapons can be obtained by combining multiple weapons with materials gained through Divide Quests. 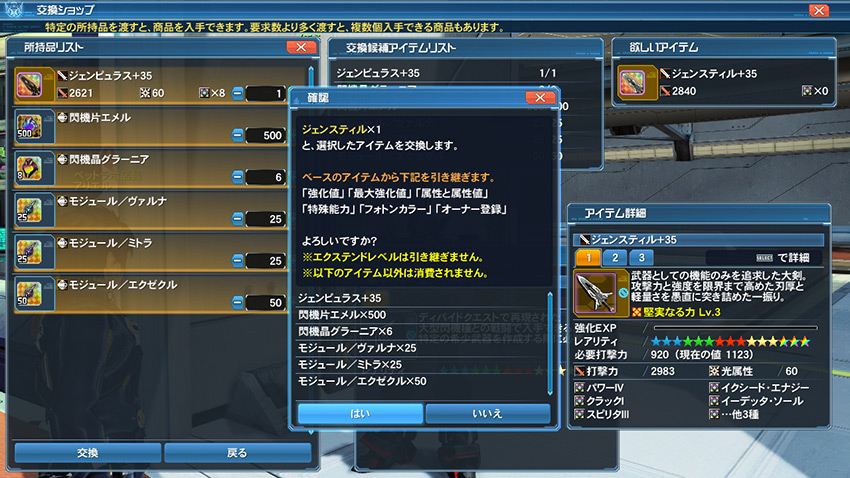 Combining even more materials with a +35 Puras weapon lets you upgrade it to a Stil weapon. The Modules (Varuna / Mitra / Execour) needed for Stil weapons can be obtained from the corresponding enemy or purchased from Player Shops. 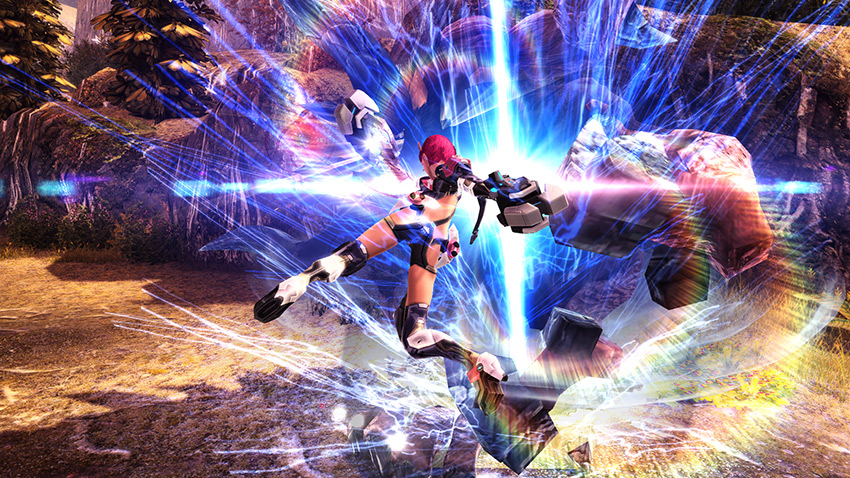 Fatal Knockout unleashes a flurry of powerful punches that ends with a ground shockwave. 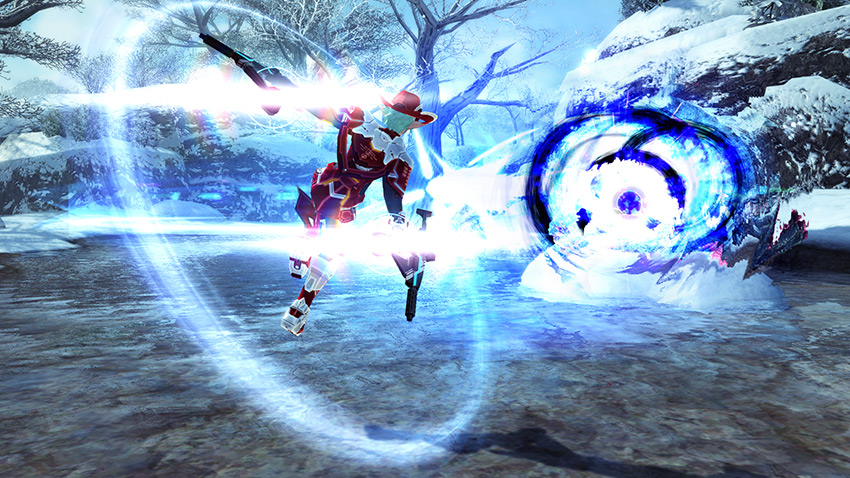 Calamity Bullet fires a series of projectiles coated in photons. This Complex PA has excellent compatibility with [Chain Trigger], allowing you to amass a chain in a short amount of time.

Braver, Fighter, and Hero receive adjustments, along with buffs to Shifta and Guts Drinks. Battle Arena will be receiving some major changes. Various weapon types will receive buffs and nerfs, matchmaking will be easier, and [Emblem Fever] will be removed. In addition, Battle Ranking Resets will only demote by a single rank. For example, instead of X1 to X5, you'll instead drop X1 to X2.

Weapon Adjustments can be found in the Battle Arena Tab on the Balance Adjustment Page. One of the new rewards will be the [＊Warrior] weapon camo series. These will appear in the reward scratch for ranked matches. Even more [Battle] weapon camos have been added to the Battle Coin Exchange Shop. Khorshid and Gene from PSO2es will be joining the Arks Lobby! Clearing their client orders will net you [2020 Chip Fragments] to spend at Khorshid's Exchange Shop.

Obtain Weapon Camos, Posters, and a variety of other items at Khorshid's Exchange Shop! 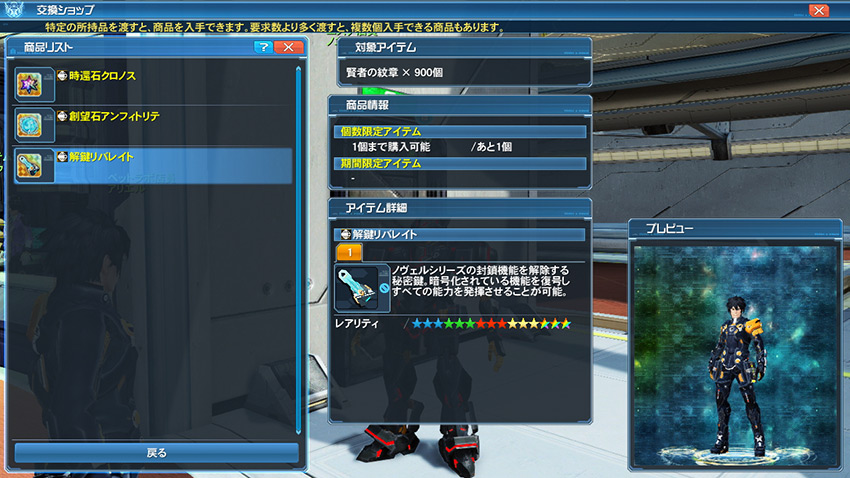 Another Liberate Unlocker can be obtained from the [Limited Crest Exchange] by gathering 900 Sage Crests. In addition, more weapons will be added to the [Sage Crest Exchange].

The unlocking conditions for Elder's [Physical Dash] have been relaxed.

The Energy Crystals will now be picked up automatically when approached.

The following items will no longer drop:

Photon Boosters will now drop in their place.

An assortment of outfits from various Phantasy Star games are available in the scratch lineup.  From PSO2es, you can strap up in Khorshid's Luna Nova outfit along with Gene's Bunny and Stella Heresy ensemble from Idola. In addition, Phantasy Star Nova's Outlaw and Diamond series will appear.

12 thoughts to “The Photoner Offensive Continues In Divide Quests!”