Each year brings us yet another iteration of the [Driving Rain] Emergency Quest. As they progress through the quest, players will encounter bosses and boosted enemies. The latter have a high chance of appearing during Emergency Trials.

Mr. Umblla and Mr. Boing may drop in during the quest to grant players rare drop boosts. Tagami Kazuchi also has a chance of appearing for an opportunity at netting some serious experience points. At the end of the quest is a special prefixed Diabo Igrithys. While it might be challenging, this version of the creature comes with an exclusive drop.

The [Rainy 2017 Bingo] will shower players with a variety of objectives, covering not only the Emergency Quest, but the Ensemble Catalog as well. Players up to the task can earn rewards such as booster items and the [Frog Rappy] Mag Device.

The [Driving Rain 2017 Collection] introduces three new weapons to the Fornis series. Pour some time into obtaining a new Gunslash, Bullet Bow, Wand, or even ★13 Popple and Redran Eggs. 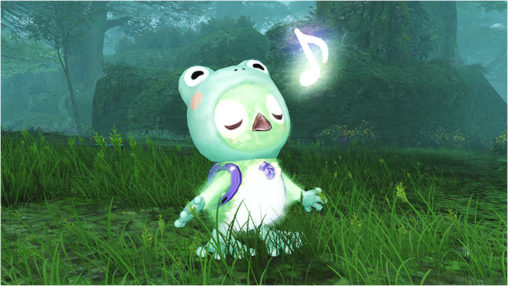 Frog Rappies can be found waddling around various fields for a limited time. If you can stomach harming these cute little guys, they may drop a ★13 weapon.

Dress up as young school children or their sexy female teachers with new Tensei Academy uniforms! Make lots of new friends and play out school life together. Class is now in session!

20 thoughts to “A Stream of Rainy Season Content Hits PSO2”