Now you can watch an introduction of the features in the Phantasy Star Online 2 Alpha Test with Arisa Noto and Sakai! Auto Word allows your character to say phrases during specific occurrences like at the start or clear of a mission.

In the third video you can see that joining a multiparty-quest is pretty much the same as joining a party with one extra step. After choosing the quest, and choosing the initial party of twelve players, you can join in any of the four parties that already started. Each party shown in the video has up to 4 players. 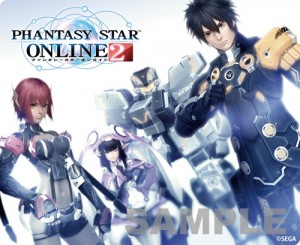 If you've been following this blog, there were some areas of concern in the Alpha Test regarding  Evasive Actions, Armor/Costume, and Game Pad. We hope some areas are changed or improved here. But from that point onward, we will have to update/change older information as we approach the Closed Beta.