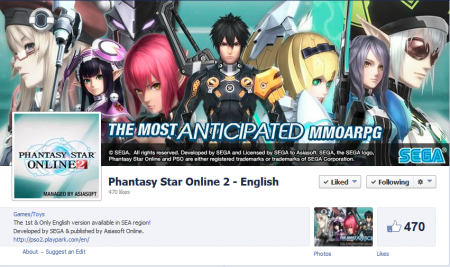 Phantasy Star Online 2 (South East Asia) launched their teaser site earlier this month. The SEA version, published by AsiaSoft, is slated to release in six South East Asian territories in early 2014. Both the website and game will be available in English. Thus, allowing for a much easier transition for those who refuse to play the Japanese version. Currently, they’re planning to start a closed beta in one of their non-english territories on April 4th. However, they plan to IP block the countries outside of the South East Asian territories.

Several AsiaSoft community managers are expected to release sneak peeks and beta keys in the near future. You can check out the official Facebook page and the community manager links below.