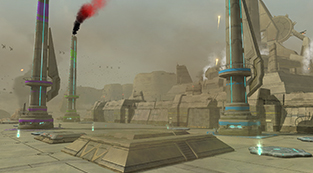 As for Shunka-shunran, use your directional input keys or analog stick to perform the three slicing attacks. 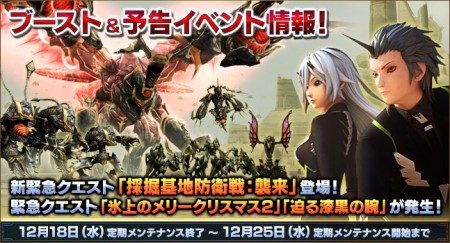 With both boost events applied, you can experience a +100% EXP and Rare Drop Boost by playing at the specific times shown above.

Play in a Party Campaign

On the Subject of Parties

Form a party with 2 or more players and clear a quest to receive:

Form a party with 2 or more players and clear quests five times to receive:

Accounts that did not log in after maintenance ended on November 20th can receive a plethora of wonderful items if they sign on during the campaign periods.

You must have an account that did not log in after maintenance ended on November 20th. This account must have a character that reached level 10 in any class.

The prize is distributed at the times listed in the third column if you login at some point during the dates specified above.

It was revealed in the live Broadcast last week, but here's a more organized version of the first half of the 2014 road map.

Spring 2014: The Bonds that Tie the Future