The Ship Transferring System will be implemented late September 2012 and will allow for your character to move to another ship (server). Unlike other MMOs, you can start this process at any time and it won’t take hours to do. Once you transfer to another ship, you must wait 120 hours until you can do the process again. (This has changed from 24 hours when it was last reported to the media.)

When you transfer, certain things will carry over with your character data and other things will remain on the originating ship. You won’t actually lose your data even if there’s no characters on your original ship.

What Doesn’t Transfer Over

Before you actually transfer, the data that’s left on that ship is saved, so in the future, once you return, you can continue playing with everything you left there.

After you transfer your character, you can not transfer to another ship until 120 hours have passed. After 120 hours, you can either move to another ship or return to your originating ship. If you plan on returning to the original ship, you will still be charged AC. 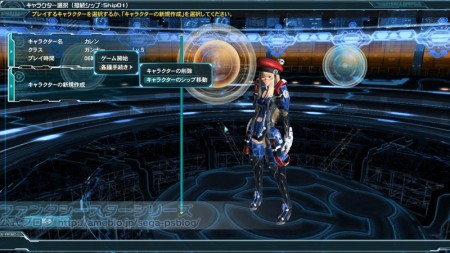 On the character selection screen, choose a character, but in the sub-menu choose “各種手続き” > “キャラクターのシップ移動” 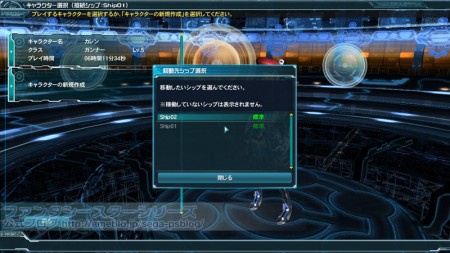 Next is the ship selection screen. The ship that you started with will be grayed in this menu. 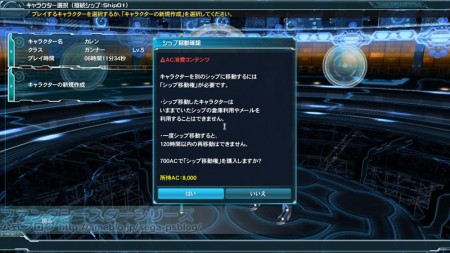 You’ll then reach the confirmation screen where you will be charged 700 AC to purchase. Press the left button はい to confirm it. 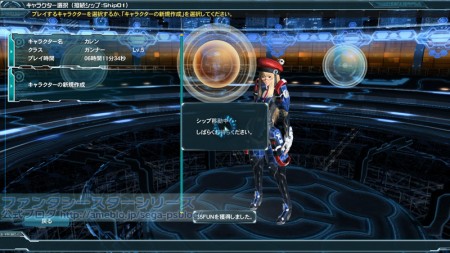 When the process is complete, you will automatically log out to the title screen.

So at the Tokyo Game Show they will exhibit PSO2 in three flavors. There will be 24 PCs, 24 PSVitas, and 10 Android play stands. Yes, the Android and PSVita versions are playable with a considerable increase in quality. Of course the PC version will have some new information too. After playing, you can receive the Phantasy Star Series 25th Anniversary Soundtrack which will have all the Phantasy Star theme songs made since PSO.

Not only will you be able to play PSO2, but there will be surprises in various ways too. 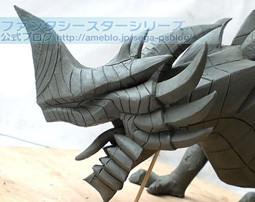 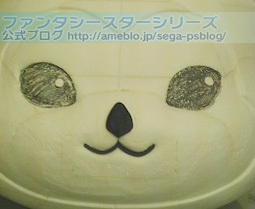