After many complaints, AsiaSoft's community managers have stated that the team is looking into whether they should change the terms used in the South East Asian version. Whether they'll follow through with this request remains to be seen.

To clarify on My Rooms, a previous version of this article was referring to the free "Mini-Rooms" in the Japanese version that were introduced in the Episode 2 update. It is likely for them to appear in SEA in a future update, but no details are certain. 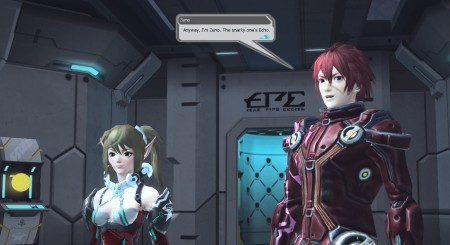 So on Thursday we had the opportunity to play the PSO2 SEA Beta. The client is fairly up to date, with the Options menu, ARKS Road, Visiphone, Skill Tree, and FUN Shop using features implemented in recent patches. Only three races and classes are available, but the option to select Braver was greyed out with question marks.

The game uses Japanese voices and English subtitles. This is fine for the most part, but it does create some inconsistencies. For example, the Japanese voice actor for the Emergency Codes will still say "Code: Attack" despite Code: Assault appearing on the screen. RISA who manages to keep her sadistic charm, clearly speaks in third person, but suddenly uses pronouns in the English subtitles.

Two notable differences from the Japanese version are the way they handled My Rooms and Costumes. My Rooms, now referred to as My Quarters, do not have the free mini-room counterparts, and instead asked for the Premium Set contained in our inventory. Costumes from the AC scratch will bind on equip which should greatly affect prices once the servers officially launch. It's unknown if these two features will stay as they are, but it's likely for a My Quarters mini room to release during their Episode 2 update. 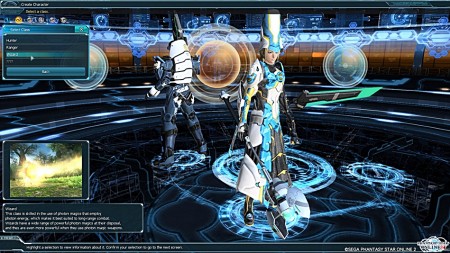 The differences in terminology, as outlined in the PSO2Blog, brought up an interesting change to the Force class. Forces have become Wizards, who excel in Photon Magic. Techniques—a long tradition in the Phantasy Star series—are suddenly no more. Photon Arts, on the other hand, turned into Photon Moves, removing the PSU, PSP, PSP2, PSZ, and PSP2i reference.

Rangers have skill names that are somewhat close to the Japanese text. However, we're not too sure over their choice to rename Weak Bullet to Crippled Bullet, which could surely lead to some unfortunate implications.

Monomates, Dimates, and Trimates, were probably too confusing for players, so instead they'll get to sip on a Health Drink, Health Drink Plus, and Full Health Drink. Nevertheless, they can't go on adventures alone without carrying the Area Purify Kit and Revival Kit. But before they start their next quest, they can drink some tonics at the Sick Bay or Medical Centre. 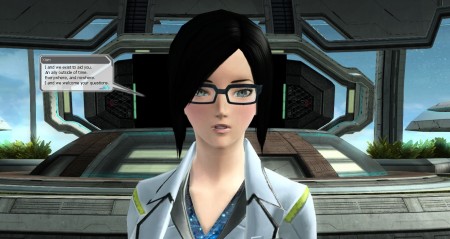 Now their localization team did come up with an interesting take on some of the original names. Xion hands over the Paradigm Matrix, a more sci-fi sounding matter board. Enemies are now called hostiles, giving the ARKS a more military feel. Just attacks transformed into Perfect Strikes, a much clearer description of the intended action.

Everyone who logged in today received 12,000 Arks Cash from the Vidphone. Though this may sound like a lot of AC, the SEA Beta prices are set on a different scale. Each Arks Scratch costs 1,900 AC, with premium sets listed at 11,400 AC.

As for the rest of the changes, you can check out the list below.