Ultimate Quests are highly difficult quests that can be accessed by twelve players. They must work together as much as they can, because their failure to cooperate may lead to their demise.

Warp down and assemble to face an onslaught of Lv. 80 enemies designed in peculiar ways we haven’t seen before.

Anga Fandarge: This powerful enemy performs various attacks and has the ability to strengthen enemies nearby.

Diabo Igrissith: This gigantic feathered fiend can swiftly rise up and swoop down on the players below. Those at a distance should be on the lookout for its fire breath and flame pillars.

The weapon rarity goes even higher, with the introduction of 13★ rainbow colored drops. According to Famitsu, the Helix photon blast is the motif for the Ares Boots, and the talis is said to have the theme of the Ketos photon blast. 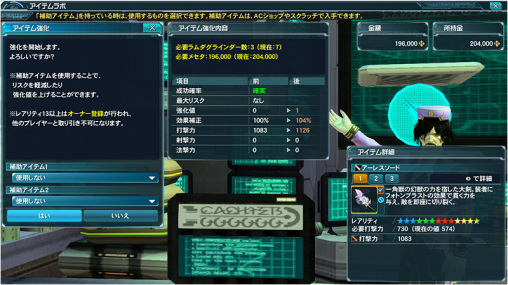 13★ weapons require a new type of Grinder. This “Lambda Grinder” is available through Zieg’s Exchange Shop and the Excube Exchange Counter. Please be aware that grinding 13★ weapons will bind them to owner.

Ultimate Quests also have 12★ weapons, some of which appeared in previous Phantasy Star games. 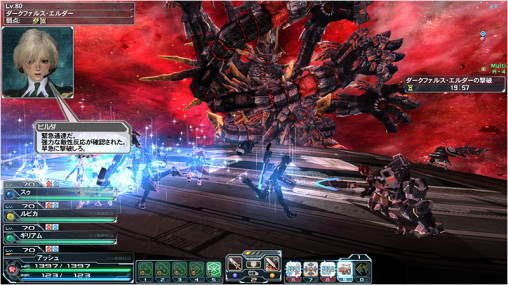 Available to players level 70+, Extra Hard kicks off its first round of quests by covering “Urban Recovery,” “Raging Dark Arms,” and “Utterly Profound.” Weapons in this difficulty may drop with a new special ability called “Ultimate Buster.” This ability grants bonus damage towards enemies that appear in Ultimate Quests.

More 12★ weapons will be available in this difficulty, with some based on Blitz Fender, Ophidian Medusa, and Hollow Gimlet. 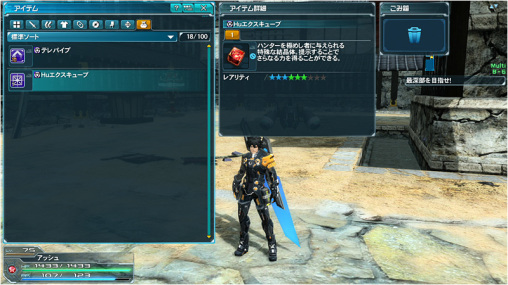 The level cap will be raised to 75, with the subclass EXP cap at level 55! Having enough EXP to ‘level up’ in this cap will grant you with new types of EXCubes pertaining to your class. These class based EXCubes are used to acquire skill point rewards from class trainer NPCs like Risa, Marlu, or Ohza.

The most interesting of them all is “Zandion,” a new technic composed of two elements, wind and lightning. It is available to Forces and Techers who equip a Talis, Rod, or Wand. Similar to a Photon Blast, it is placed on the sub-palette, and can be activated once the gauge is full. Speak to Klariskrays in the lobby, and clear her client order to acquire this awesome new technic! 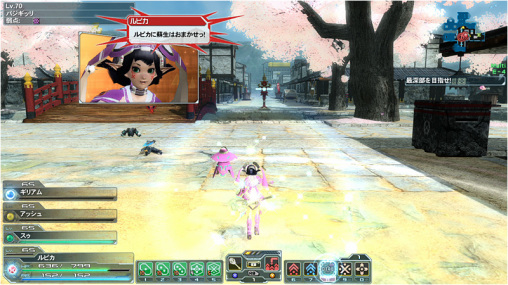 An assortment of new skills are available for each class. Some of them include: 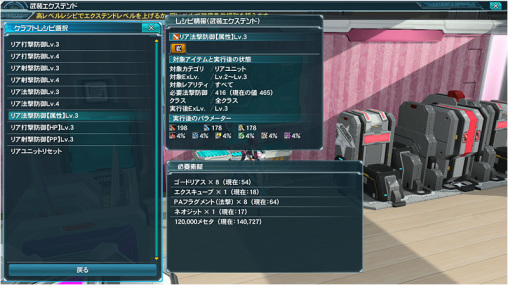 Units will have access to recipes that specialize in either HP, PP, or elemental resistances. In addition, timed abilities can be created with effects working in Ultimate Quests. 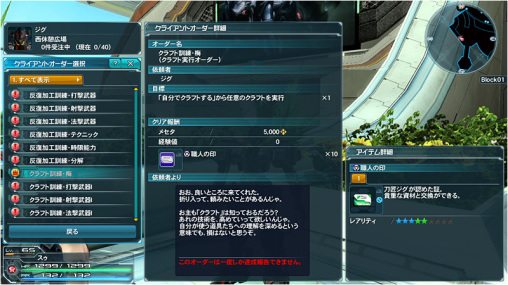 You’ve ignored him for years, but now he has a new purpose. Zieg will finally hand out client orders and open up a new shop. The client order rewards can be traded in for items at his shop.

This is just a sampling of the new 11★ items available at Zieg’s Shop!

Bring the cool-times down even further with the new “Builder 4” room items. Craft Console 2 and Craft Board 2 are also available. 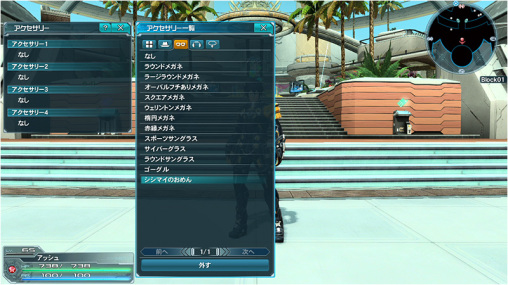 A new feature will allow you to change accessories outside of the Beauty Salon. 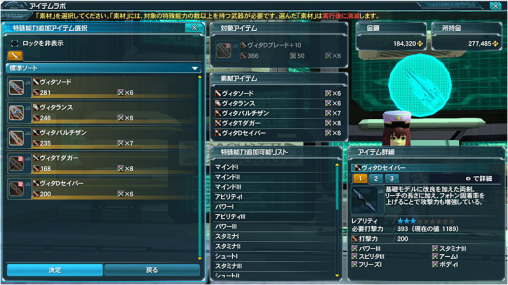 When affixing abilities, you can now select up to 5 items as materials. You can even select materials that have a higher number of abilities than the base item. 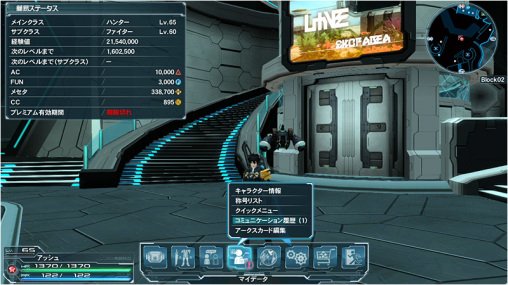 Receiving a Good Job with a comment attached will activate the notification icon in the Main Menu. 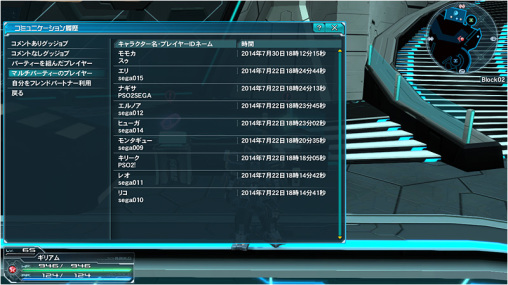 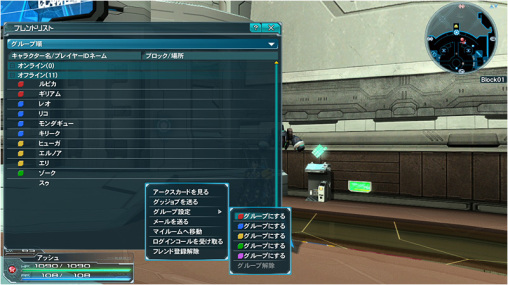 Friends can be sorted in 5 different groups in the Friends List. 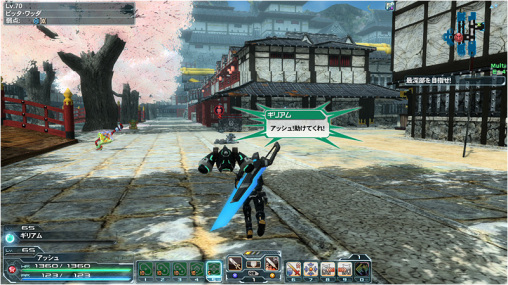 An icon will display on the map whenever players are incapacitated. 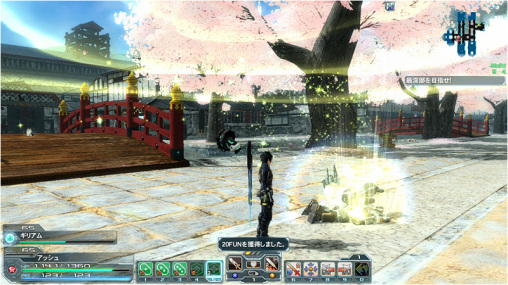 Players can also receive FUN by reviving other players with Moon Atomizers or Cosmo Atomizers. 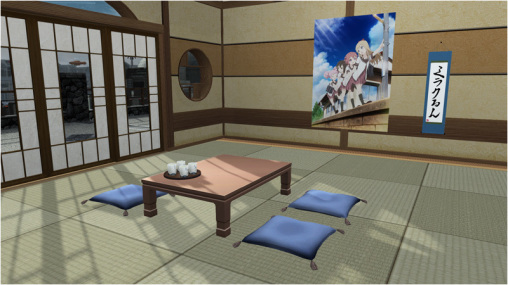 This scratch features a collaboration with YuruYuri! Dress up as your favorite character with a selection of Amusement Club hairstyles, Nanamori Summer/Winter costumes, Majokko Mirakurun accessories, and a mag device mimicking the Odango hair. In addition, the ARKS Duffle costumes will arrive just in time for winter. 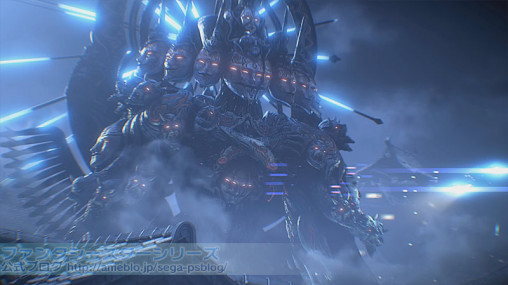 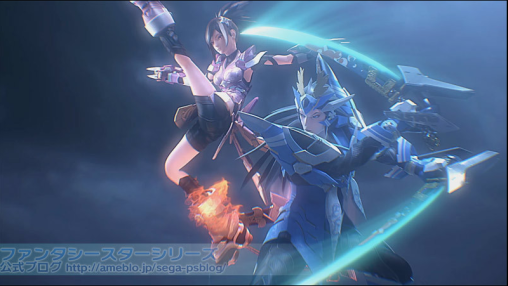 A glimpse at the new opening, coming soon!