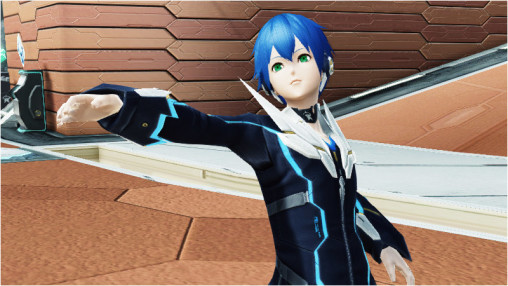 Itsuki is the character created by Itsuki Tachibana, a sophomore at Seiga Academy and the main protagonist of PSO2 The Animation. The character looks nearly identical to Itsuki himself, despite having only hit randomize in character creation.

※Itsuki was introduced to PSO2 as a temporary NPC in an update on April 20th, 2016.

※Itsuki's cosmetics are primarily included in the EP4 Deluxe Package, with additional items in the Blu-ray/DVD releases of the PSO2 anime.

※Be sure to select the "Talk" option when interacting with the NPCs.

※Be sure to select the "Talk" option when interacting with the NPCs.