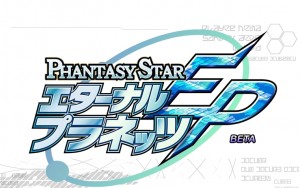 Yesterday marked the launch of Phantasy Star Eternal Planets which is currently running on the Yahoo Mobage site.

Phantasy Star Eternal Planets is a social game that can be played on the web browser. The player is a member of Little Wing who is tasked with searching planets, finding items, and leveling up characters. Though you will see familiar things in past games like the monsters, items, and characters, this game is not an action rpg, the battles are run automatically. It is meant to be enjoyed in a short amount of time.

Battles are in front view perspective and you can set them to battle automatically or manually. 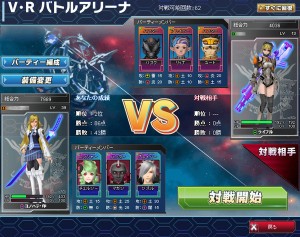 A new feature since the Closed Open Beta, is the “VR Battle Arena” which allows one to compete against a CPU of the other player’s party. You can enter the Battle Arena after level 10. 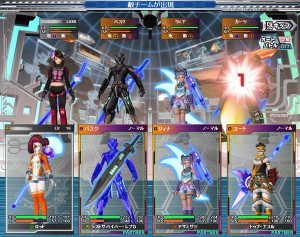 Sakai was interviewed by THIS IS GAME, a Korean gaming news site, and commented about Phantasy Star and the future of the series. However, these ideas are concepts that he may or may not go through with.

Shougai had the interview in Japanese which I guess they translated from Korean.

And for the most interesting part, THIS IS GAME asked what will become of the console games for the series?

It sounds like we may be getting new games in the Phantasy Star Series aimed at console gamers.

Phantasy Star Universe has a brand new song. This song is for Seabed Relics, an area that was released in Phantasy Star Portable 2, but at the time it used an older pre-existing song. On twitter EspioKaos asked the name of the song, but Hideaki Kobayashi didn’t finish deciding on a title yet, but thinks he’d could use the word DEEP in there.

This of course is really leading Shougai to speculate a new album like “Songs of Gurhal Oddysey” might be in the works, but in a previous twitter post Hideaki Kobayashi said they haven’t decided on making an album yet.