Today Bonko, an assistant producer for Phantasy Star Online 2 released a mass email showcasing the under development screenshots for some of the races. 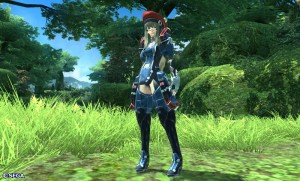 Although it was somewhat vague, Bonko mentioned how previously, the way she held guns were kinda unique, but “this time (in/at) _____ she can do different actions”. (So what different actions can rangers do? Apparently this time in close combat, rangers can launch grenade shells from their assault rifles) 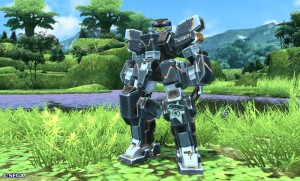 RAcast in his “box-like form”

Bonko mentioned this robo type character has a deep connection to PSO.  Then she omitted parts of the sentence, “Now, not only can he walk but he can ____ and sometimes ____” Bonko said you’ll just have to deal with the censorship until information is released. 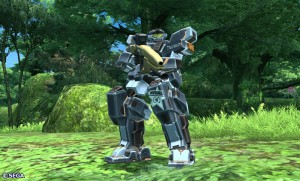 It’s possible their name is actually, Miho Bonkohara, it’s the only person I could find that worked during PSO Ep1 and 2 and Samba De Amigo who shares a similar name.