Early goodmorning! Bonkohara released the first email newsletter for those who just signed up for the email newsletter. If you did, you have a chance at receiving invitations for the second alpha test. In addition a new December wallpaper was released featuring the Oracle Fleet.

The second alpha test plans to add new costumes (which were already on display in the TGS version). Here's a nice and clean closeup of what they will look like. 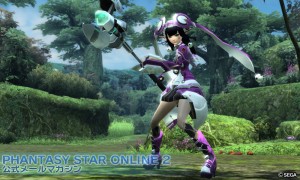 You may have seen this costume already in concept images and videos. Here her face paint is similar to the one shown on her concept artwork. 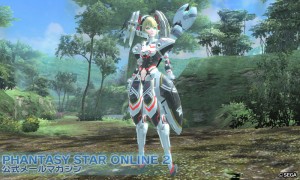 The Focaseal never appeared in Phantasy Star Online, so this costume is a new design. It seems to give the impression of a magical girl and appears sort of doll-like.