Hello, Sakai updated today talking about the concepts behind the character designs and showed off some more costume for the default characters. In addition, the main theme and opening movie for PSO2 is almost complete. It's not a song per say, but rather an orchestral recording. If all goes well, he may be able to show it to you before the end of the year.

In PSO you weren't really able to completely change the costume for your character. So each class had to have their own characterizations (and personalities) as much as possible. In a sense you could say the PSO classes were designed like characters of a fighting game.

PSU introduced the concept of changing clothes on a character. Putting on a combination of clothes became an important point for customization. But with this concept, the overall figure of the characters seemed too similar as if they lacked a part of their individuality. 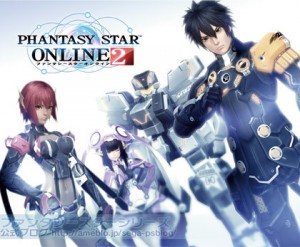 In PSO2, the goal of these costumes is to design them with the freedom as a scifi fantasy online game and create equipment the armed forces "Arks" would wear. While adopting the concept of Phantasy Star Online, the art team used their experiences from PSP2 and PSP2i to create these default costumes. 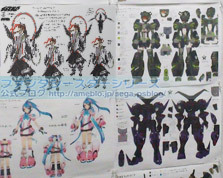 There are lots of new costumes other than the character defaults which they haven't shown yet.

In the last post, Sakai received differing opinions about the new icons ranging from how they were easy to understand to how they were still difficult to decipher. Even the development team exchanged similar concerns and opinions. But the corrections made towards Alpha Test 2 doesn't just stop at the icons, the overall interface underwent some changes too. It may be difficult to respond to all the feedback, but while reflecting the views of the development team, they want to also make something that sympathizes with the concerns made by the players. He thanks you all for sending your opinions.

Now as for today's porori images, Sakai will show a different pose than the ones shown in the email newsletter and some new default character designs. 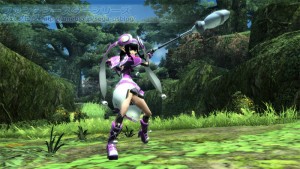 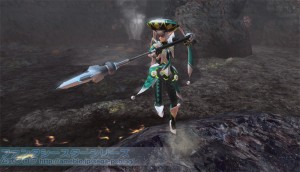 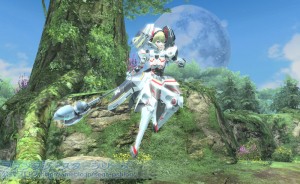 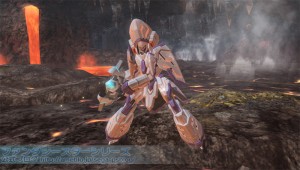