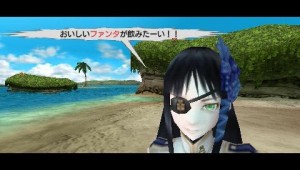 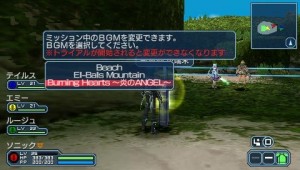 You can choose the BGM for this Mission.

Nagisa-chan wants to taste a certain delicious flavor of Fanta, but can’t remember what it was. In this mission you are tasked with producing the special recipe she desires. In order to do this, players will compete to gather “Fanta Extract” from enemies. 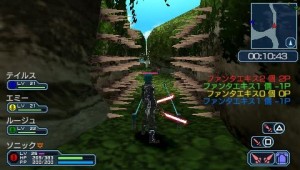 This Epic Battle has epic challenges! 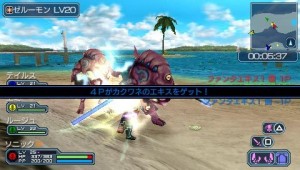 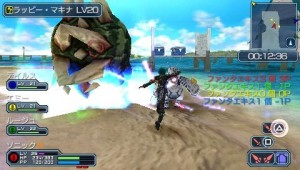 Fight Koko Merodda before you reach the goal! 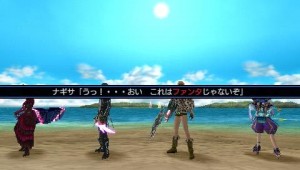 You await Nagisa’s judgement at the end.

Which player will Nagisa choose? Once it is over, players may receive a Fanta Vending Machine and one of 5 new Fanta cans to place in their room.

To manually perform this, create a new folder called NPJH50332DL under the SAVEDATA folder, then insert the DLM.DAT file inside NPJH50332DL.

In the latest Famitsu, Sakai was asked what his thoughts were on NGP (Codename for Playstation Portable 2). In summary he is taking notice of the 3G and WIFI connectivity. By using such features, the concept of an online game expands, allowing the possibility to create a game with an “always-on” connection. He also thinks by using the front touch screen and back touch panel, he can create an intuitive gaming experience.

“If it is easy to port to a console version,  it would allow the product to be played on both portable and console systems. If I do make software for the NGP, I want to create a multiplayer game with an online component.”

(Now please keep in mind that this was not an announcement of a console version for PSO2. However it seems that Sakai wants whatever this new game is, to work on both console and portable. This of course leads us to speculate that it must be related to Phantasy Star Online 2. I think that having a console and portable version would be similar to the way how PSU and Phantasy Star Portable 2 is played out.  Shougai continues to speculate a possible “PSO2 Portable” version could make an appearance sometime in the future. )