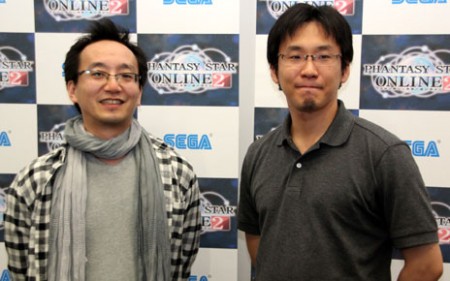 At the Phantasy Star Online 2 Fan Briefing 2nd, Sakai discussed new features coming up in the next test and beyond! Here are some stats from the previous Closed Beta Test.

During the Closed Beta, several disconnections and server issues occurred making the game somewhat unplayable. People also had a difficult time sending in bug reports as the official site ran slowly. Despite this, Phantasy Star Online 2 official release schedule will not change. They will continue to release the game sometime Early Summer 2012.

To make sure these server issues do not reoccur, it is possible that depending on the situation, they may have to perform an additional closed beta test before the Open Beta starts. This CBT2 (or whatever they call it) would only run for a very short amount of time. The details of whether or not this will happen will be discussed at a later time. Sakai just wants to make sure he doesn’t have such network problems when the Open Beta Test starts. 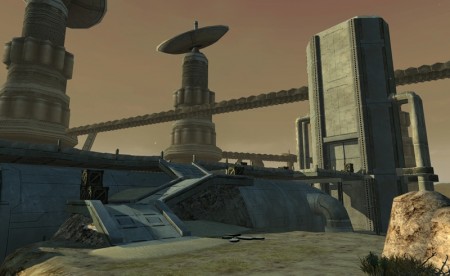 In the Open Beta Test, they will introduce a new field on the planet Lilipa. It’s a planet under a harsh environment covered completely in sand. Throughout the planet you’ll see the remains of structures that apparently were used to collect resources from the planet. Liliipa is a dangerous place filled with robots who attack indiscriminately and Darkers. In the open beta you can level your classes up to level 30. There will also be a Hard Mode for those Level 20+. 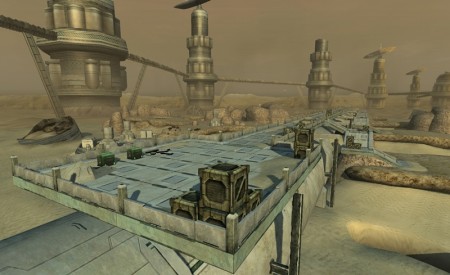 The desert field has buildings that are wasting away in the sand. 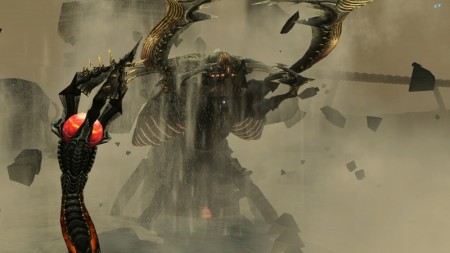 Be careful, you may come across a new Darker Boss called Gwanahda. He hides in the ground and attacks with his large pincers and many tentacles. 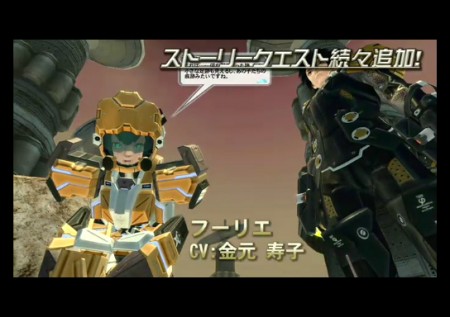 Story Quests will be added to the game, the scenes showed the discovery of small creatures on Lilipa, and a small meeting with the Dragon Tribe on Planet Amduscia. There’s also new characters like ゲッテムハルト Gechtemhalt? voiced by Nubuo Tobita, and Melfonsina voiced by Kana Hanazawa. Furie as seen in this screenshot is voiced by Hisako Kanemoto. 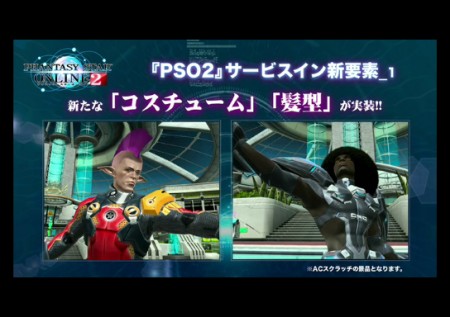 When the official game starts you’ll see brand new costumes and hairstyles that you can obtain from the AC Scratch. 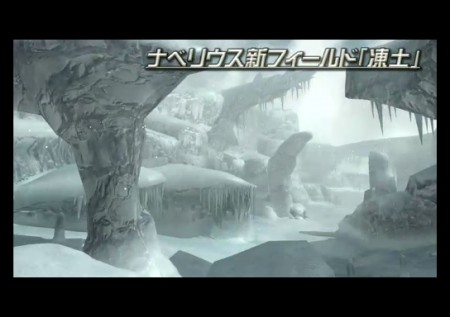 In addition, the official release will add time attack quests which will have a ranking similar to other quests.  The official game plans to add a new field called “Frozen Soil.” This field is on the planet Naberius. Sakai also plans to update the game roughly once per month. 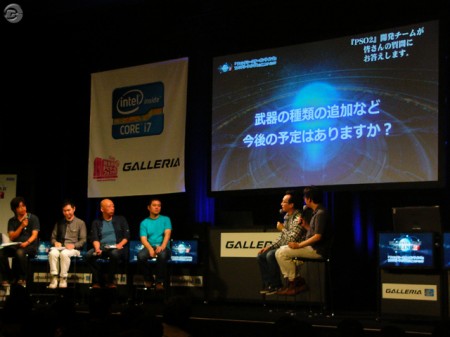 In Part 2, Sakai and Kimura took the stage to discuss about additional features and answer questions from fans. It even looks like they may hold a symbol art contest.

One of the questions asked if it would be possible to move our characters across ships. It appears due to the server issues, this won’t be implemented just yet and is kind of a difficult process to do so. However, they are currently testing this service to see how it pans out.

Another fan asked about the possibility of making Symbol Art outside of the game, the staff may think about it.

Someone asked if there’s going to be an ON/OFF switch for boob jiggling. They don’t have plans to add such a switch but expect to see plenty of sexy costumes.

They are still investigating how they should have the pricing scheme for Arks Cash. They are thinking about charging something like 1AC = 1 Yen? Of course the prices in the CBT aren’t going to be the same as the official game.

There will be 8 types of weapons for the official release, but more will appear later on. During the presentation someone shouted for Double Sabers, and Sakai responded that they’ll put them in. In addition, expect to see the Knuckle weapon category. 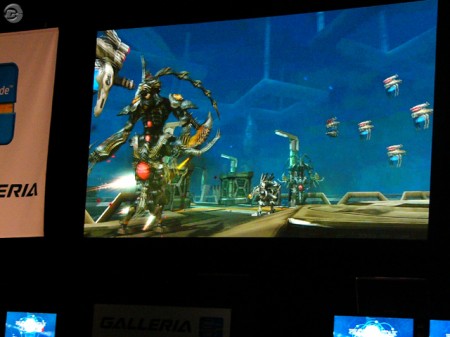 Also at the end they showed off a new map. This map was described as a near futuristic mechanical area full of robotic enemies. They didn’t discuss the name of the map but you should expect to see it in the official game. 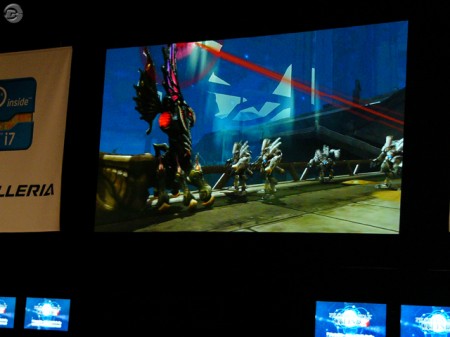 Of course the Darkers show up everywhere! 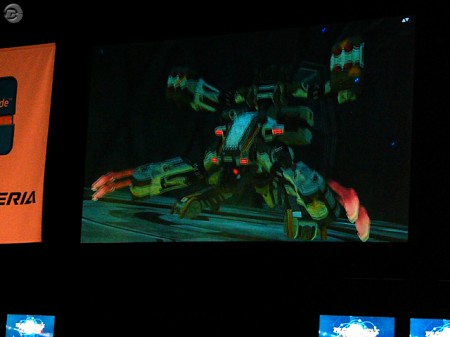 Only those who were physically present were able to see this secret footage.