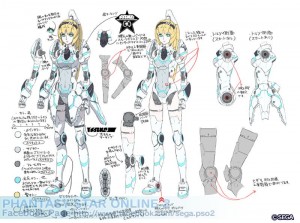 But First! A brand new image of the RAcaseal, drawn by the lovely Mizuno! 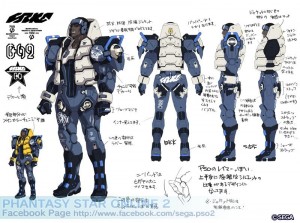 And Certainly the PSO2 RAMar concept!

Speaking of the Ramar’s rear, it seems to be quite firmly guarded this time. The protector armor gives off an impression like what’s shown in foreign games.

Famitsu Online spilled the beans of the whole entire skill tree list. You can check out the list below which includes all skills from the Alpha Test. These skills and descriptions may change once the final version is out.

PSO2 allows you to set skills on the Palette. There are also active and passive skills. Some skills based on their description in the skill tree list below can be triggered.  (For example Fury Stance) 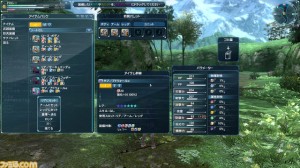 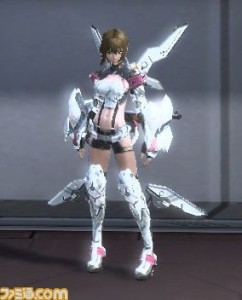 So many times before we’ve said that you can mix normal attacks with photon arts. Famitsu provided their own interprepation of how each attack works. Let’s follow the path!

The top specifies Normal Attack Combos, while the bottom are Photon Art Combos

There are two servers in the Phantasy Star Online 2 Alpha Test. Within the servers, there are BLOCKS, each block is essentially a lobby. Each block has a cap on the amount of people connected to it. You can move freely among blocks, but you can not move your character to a different server. So when you are playing with a friend, decide on what sever you want to use beforehand.

You can chat to other players like in the previous series, a chat balloon appears above the character. You can change the shape of the balloon for emphasis and a thought bubble.  In addition, you can also use manga iconography like sweat drops. 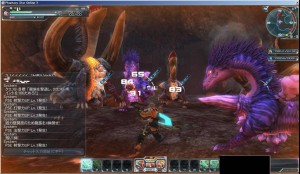 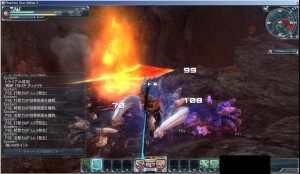 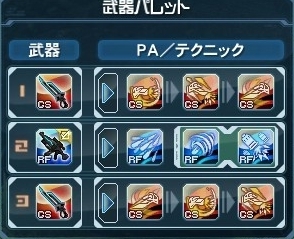 Sorry Bonko… This is a screenshot of setting up the Palette with Original Combo. Now we can truly see how you can mix around photon arts.