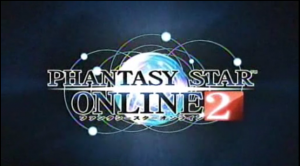 Well ya guessed it, and it’s here!  A video was uploaded to nico nico as well as on 2ch. But Enjoy! According to the video, it’s available for Windows PC!

Shougai PSO wrote down pretty much every detail they could read from the trailer. Though some of the stuff is blurry, it will give us a glimpse on what to expect for Phantasy Star Online 2.