This week’s mission is EXTRA STAGE: Showdown, where you will fight your fellow NPC partners like Nagisa to reach the top of the castle. Aim for the fastest clear time in this challenge mission! 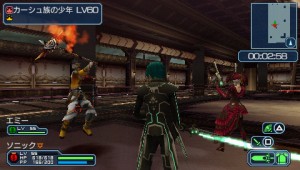 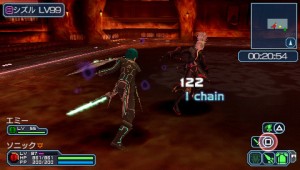 If you have a clear time of less than 14 minutes you can receive the stone, “Infinite Star” インフィニットスター. You’ll need this to trade for the Wing Spada and such password items.

Within the Infinity Grand Prix Exchange インフィニティグランプリ交換所, you can trade for items like the Anchor King and such password and collaboration items.

Next up is GBR, this time the mission is Scarred Planet, running from August 10th, to August 17th. I hear you may have an easier time getting the Shadoog Elenor. 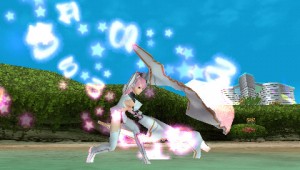 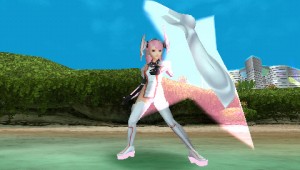 Edomachikurara outfits and weapons are releasing this week. It comes with 8 color and subcolor variations.  (I’m assuming he means cast parts, so don’t get all excited.) Even the head parts attach too, but you are freely able to change your hairstyle and hair color. 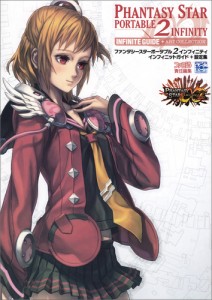 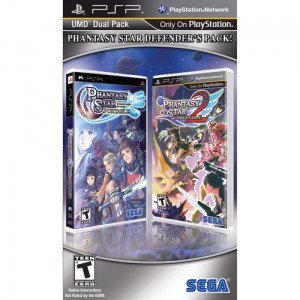 PSO2 Facebook site has amassed 1300 likes. Only here, you can see Bonkohara post pictures (aka Porori Images) of PSO2. Even here you can see expectations and desires of both Japan and Overseas visitors.

As for the alpha test, it was mentioned that it would start in the middle of August. Well unfortunately, it won’t start by the end of  this week. But, they will announce the news to the selected alpha test winners soon. Sakai says he’s sorry to keep you waiting, but please be patient. 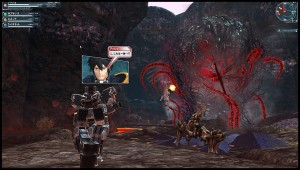 Well now after looking at a bunch of sources, we know officially the ダーカー (Dahka/Darker) is the enemy the Arks is fighting against.  Gpara described them as a space life form. Not much info is known other than that.