Emergency Quests appear randomly AND at the times listed above. 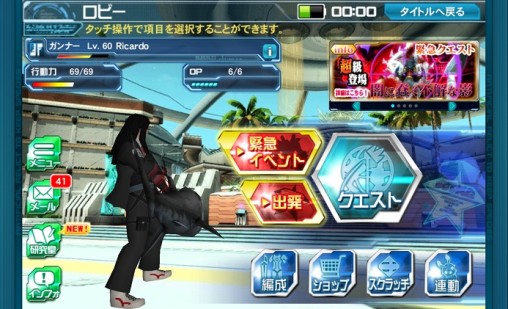 Emergency Quests are a special kind of quest where you must defeat a ferocious enemy in a certain period of time. You can participate in an Emergency Quest by pressing the [Depart] button that appears at certain hours during the day. These quests use their own form of energy called Operation Points, indicated by the OP bar underneath your name.

Operation points will slowly restore over time. However, you can speed up this process by purchasing OP Meds at the AC Shop. For those of you who are short on cash, there are, of course, free alternatives in acquiring them. For example, certain campaigns and compensations could hand out OP Meds for free! Be sure to check your mailbox each day to retrieve your free complimentary items.

Aside from those two methods, another free alternative occurs through playing Emergency Quests. Completing the EQ several times helps to unlock free OP Meds through the achievement system. More details on this Achievement System can be found below. 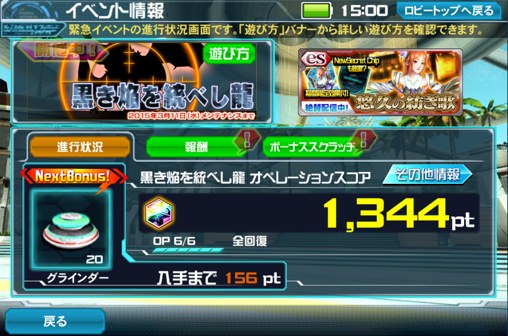 Press the [Emergency Event] button to confirm details about the current Emergency Quest. This tab displays your Operation Score, and the amount of points you need to get a bonus item. 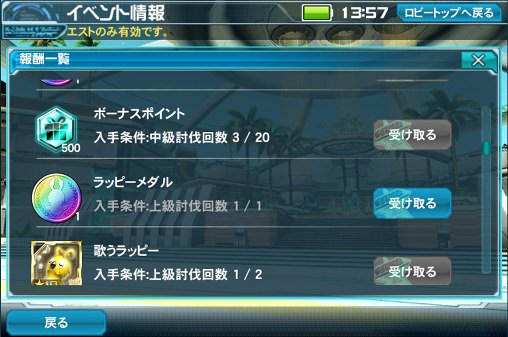 The list below is a basic rundown of the activities you need to perform to unlock an achievement. Tap the blue button next to the achievement to collect your reward. For simplicity's sake, the Emergency Quest difficulties in this list will use PSO2 naming conventions. Rewards include Rappy Medals, Rappy Chips, and even points for the Bonus Scratch!

Emergency Quest Difficulties:
(Defeat the boss a set number of times per difficulty.)

The second tab lets you collect rewards for the Achievement System. Click the blue buttons to see your list of achievements. Achievements are a great way to earn some OP Meds and Boss Chips for the Recycle Shop weapons. 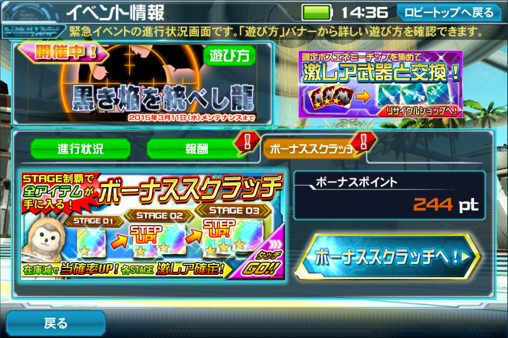 The third tab displays your current Bonus Points. You can spend these points to play the [Bonus Scratch] to earn exclusive chips and items. Tap the blue button on this page to play the Bonus Scratch. Play this scratch over and over to reach a higher Stage. Among the prize pool for STAGE 3 through STAGE 9 is a Super Hard Trigger used to access Super Hard quests. 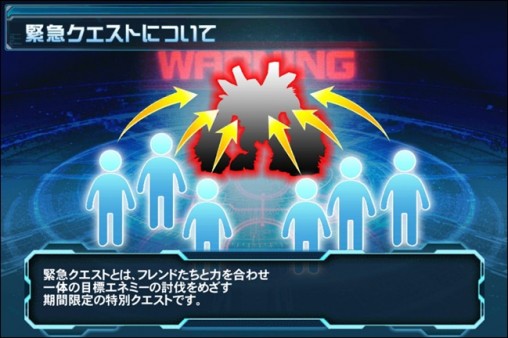 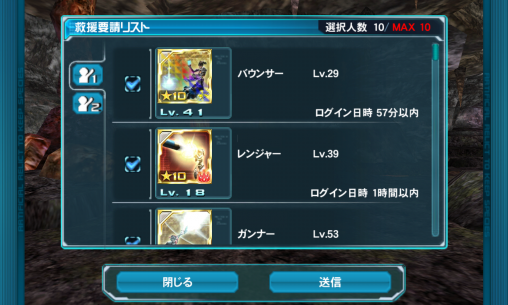 It will take several tries to defeat the boss. At the end of the first battle, the game will automatically pull up your friend list and select 20 friends who recently logged in. Press the [送信] button on the right to send out requests for assistance. When your friends log into PSO2es, they can help assist you in defeating the enemy. 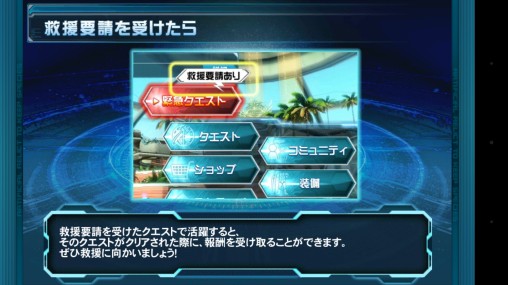 You’ll even acquire rewards when your friends ask you for assistance! When they send out a request, it will appear like the chat bubble notification indicated in the screenshot above. 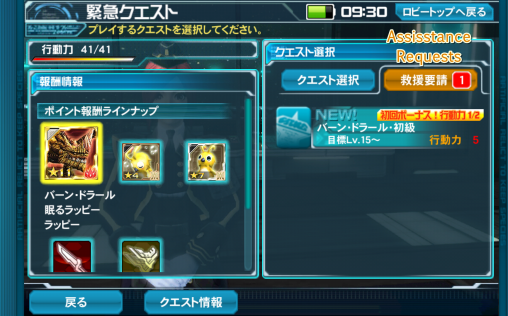 The second tab on the Emergency Quest selection screen will light up whenever a friend asks for your assistance. Here you can join their quest and assist in defeating the enemy. Once your friend has cleared the quest, you’ll receive rewards upon tapping the Emergency Quest button at the lobby screen. 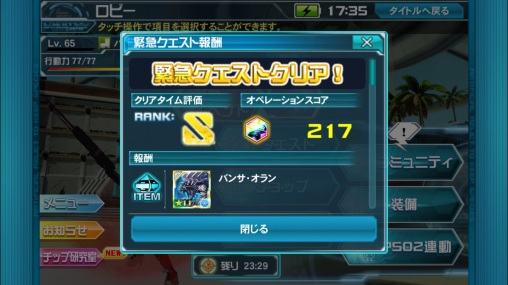 You will also receive rewards upon clearing your own Emergency Quest. This reward changes based on the annihilation points and difficulty of the quest. Rewards can include Rappy Chips and powerful rare weapons and units. In some cases, you might even receive an exclusive rare chip! 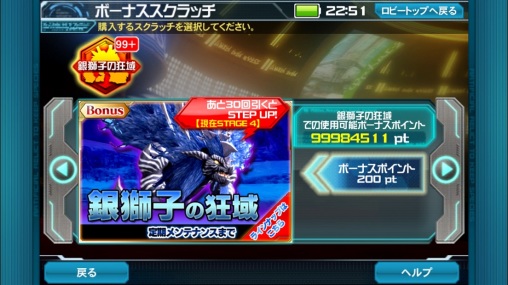 Clearing the Emergency Quest nets you Bonus Points, which can be used to play the Bonus Scratch! Play the scratch several times in order to reach the next STAGE. 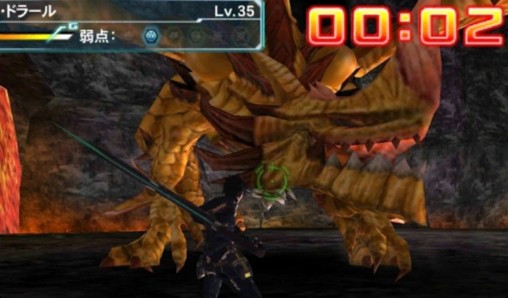 You have 1 minute to damage the enemy as much as possible. This process can be repeated over and over until the enemy is defeated. Crossing over the G Line indicated on the HP bar nets you bonus experience points!

Emergency Quest Ranking Events pits players against one another to compete for the highest Operation Score. Clear the Emergency Quest over and over to increase your score in order to qualify for prizes.

You can increase your Operation Score by achieving the following Bonuses.

Variant Bonus (From Low to High)

Boss variant and levels are randomized upon the initial start of the battle. 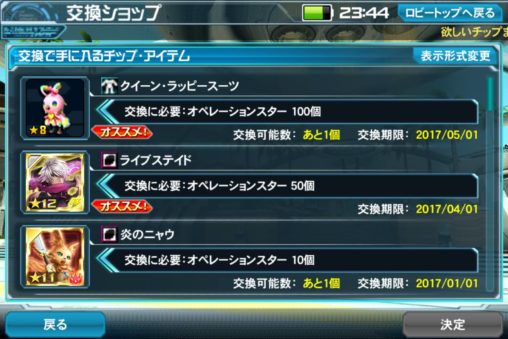 Among the list of prizes for the Ranking Event are Operation Stars. These can be traded in at the Exchange Shop for Nyau Chips and the Queen Rappy Suit. You will be able to receive an Operation Star as long as you reach 20,000th place or higher when the Ranking Event is over. Each place has its own set of rewards which can be confirmed at the event page.

You can check your current Operation Score by clicking on the [Emergency Event] icon in the main menu. Your score will be displayed in yellow like the screenshot above.

The fourth tab displays your current placement in orange numbers. Tap on the blue button underneath to see which prizes you'll receive after the event is over.

Touch the 賞品リスト tab to see the current list of prizes. The higher you place, the more rewards you'll receive!

Since I'm in 9,238th place, I'll qualify for the following prizes:

The only way to improve your ranking is to repeatedly do Emergency Quests for a higher Operation Score.

Super Hard and Extra Hard Triggers are basically keys used to unlock Emergency Quests of their respective difficulties. These keys can be found when the user performs certain actions in PSO2es. 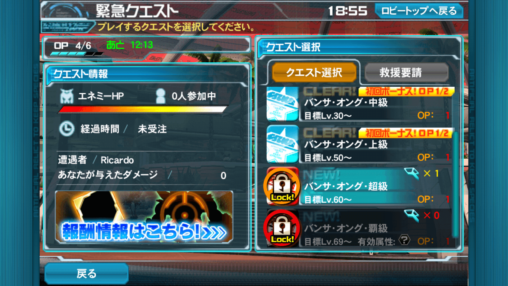 SH and XH are the bottom two choices on the Emergency Quest Screen. 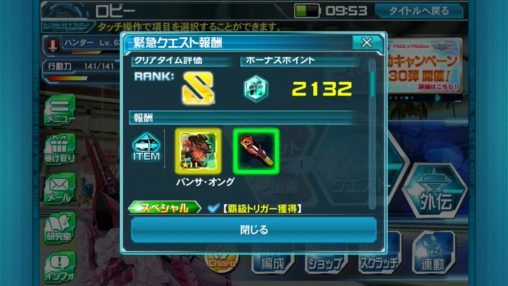