Well this “expansion” came as a shock as how PSP2 isn’t out yet in America. For me this announcement means I won’t be getting any sleep at all thanks to 2ch. So without further ado, we present the first scan [via videogamerx] 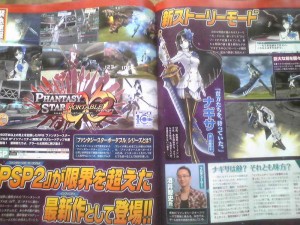 The way we do things here with scans, (especially the very blurry ones) is that we update information periodically taken from Japanese Official sites, Japanese Bloggers, and 2channel.

Updates 8/27:
+Added Rapiko’s description of Friend Search
+Changing 絡みます from argue to entangled as it fits more with famitsu website description of Nagisa

[via 2ch, shougai] [thanks yuki for translation help]