Last week, players managed to achieve the goal of 15%~60% element boost in the mission results screen. This reward is now applied to Maximum Attack Infinity III.  (It appears these particular reward panels go in effect at the next maintenance and not immediately when they are unlocked.)

Unfortunately the Komazali Rod did not reach the goal of 35 million, so the percentage of that weapon is now 97%. I guess players became fatigued as the event went on. 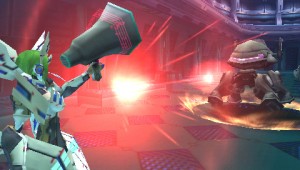 This week’s weapon is the Giga Phone, and in order to achieve 100% we must acquire 45 million kills. You can still enjoy Maximum Attack Infinity I ~ III with the double EXP, Type Points, and Drop Rate. (However, the multimode version of the event has only 50% increase, which is quite strange because we didn’t unlock it yet.) 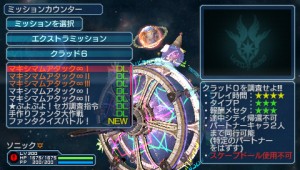 You may notice the Maximum Attack Infinity missions are both in orange and white. The orange missions are for Internet Multimode only and those kills will count towards the goal for the event. Maximum Attack Infinity missions in white can be played in both multimode and Internet Multimode, but be sure not to choose the wrong one if you are participating in the event. 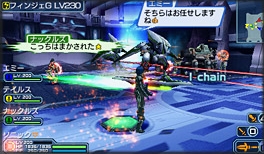 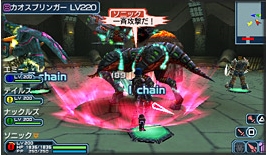 Both Maximum Attack Infinity Exchange and Rapico’s General Merchant missions will also have an update on Thursday June, 16th, 2011. 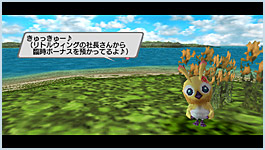 If you trade 2 Rapico Lucky Feathers you’ll get a random item from her goody bag ラピ子のお楽しみ袋. Now some of the items listed in the wiki are the unreleased items from a previous post.

Those who signed up for Phantasy Star Online 2 Alpha Test should check their emails* starting this week, or early next week for news of the date of  the winner announcements.

*His choice of words were Email Magazine メルマガ which I’m assuming is an email newsletter.